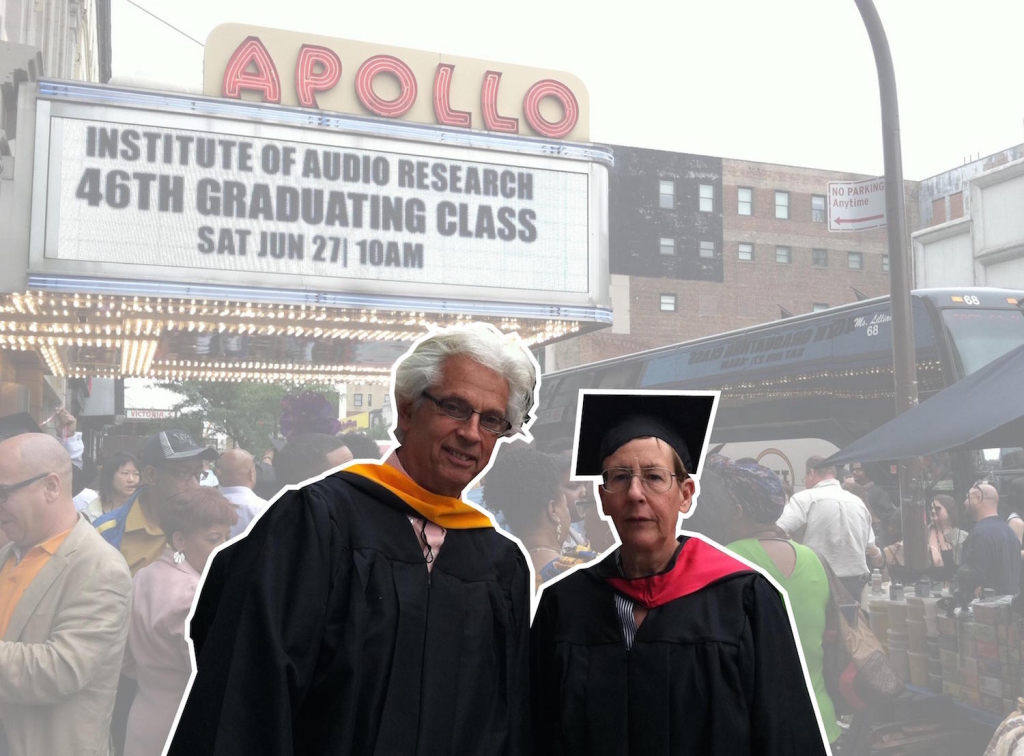 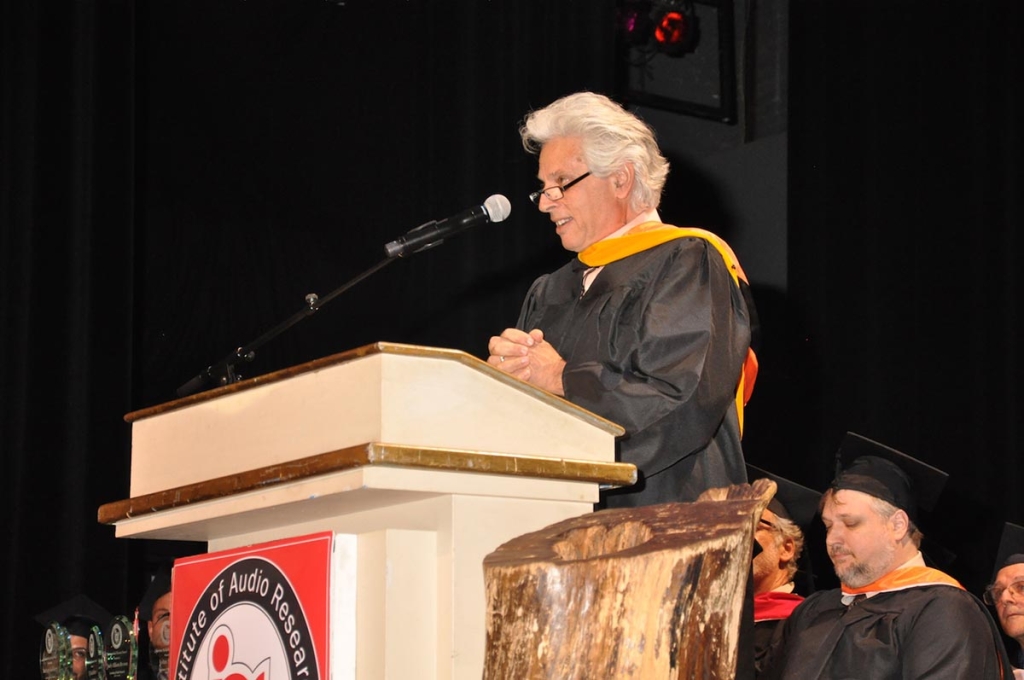 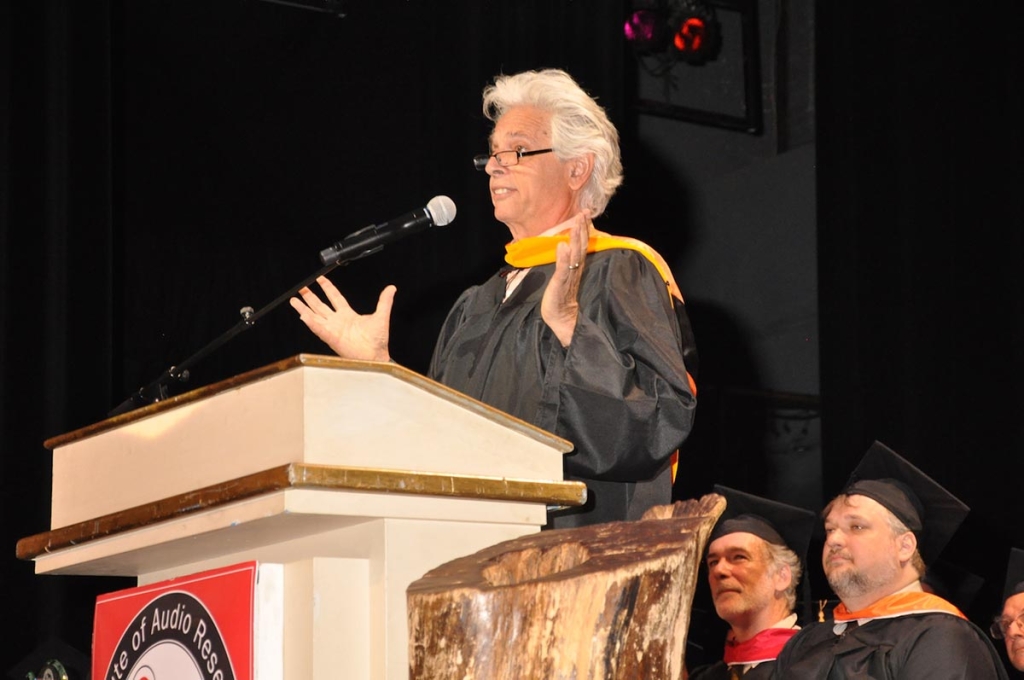 John Storyk as he gives the commencement speech.