KEEPING ACOUSTICS IN THE MIX

Designing for optimal sound in worship performance and gathering spaces. 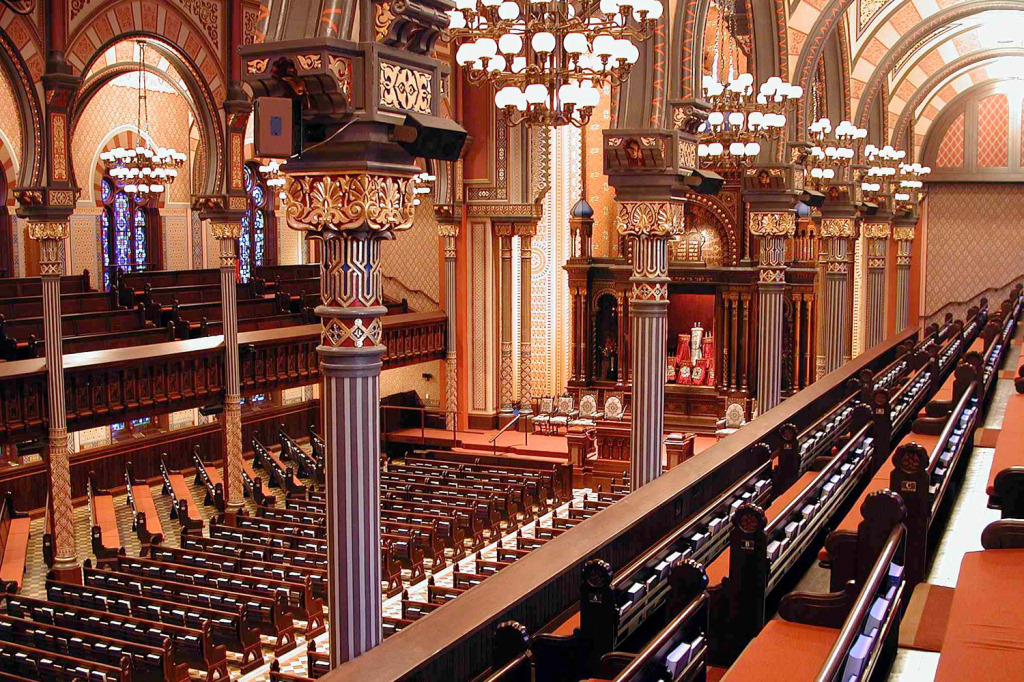 If all of your knowledge of current events was derived from reading just the headlines, you’d have a very good idea of what has transpired but very little sense of why or how, and by extension little idea of what might happen next as a result. But that’s exactly what takes place when a house of worship puts a sound system into its sanctuary or other part of its venue without taking into account the acoustical nature of those spaces. Think of acoustics as the story below the headlines—the who, the when, the how, and the why that give meaning to the event. Acoustics is the context in which we experience sound.

“A SHORT CONSULTATION WITH AN ACOUSTIC DESIGNER AT THE VERY ONSET OF PROJECTS WOULD GO A LONG WAY TOWARDS BETTER RESULTS.”

Unfortunately, getting that context right, or even acknowledging it at all, is a critical component of choosing, designing and installing a sound system that all too often fails to happen.“There is a pretty huge knowledge and awareness gap which applies to the committees making decisions, their architects and builders,” in the process of specifying a new sound system in a house of worship, says Mark Genfan, owner of AV systems integrator and acoustical consultancy Acoustic Spaces, located between Austin and San Antonio, Texas. “A short consultation with an acoustic designer at the very onset of projects would go a long way towards better results. I get a lot of calls for remedial work after spaces are completed, and of course at that point there’s no money left for adding acoustical materials, when it could have been included in the original design and aesthetics.”

Churches changed, and so did their sound.Acoustical considerations are more important now than ever for houses of worship. When liturgical music consisted mainly of Gregorian chants with long intervals between notes and no percussion, the highly reverberant interiors of traditional cathedrals offered the perfect acoustical context. That kind of environment, however, is anathema for contemporary worship music. 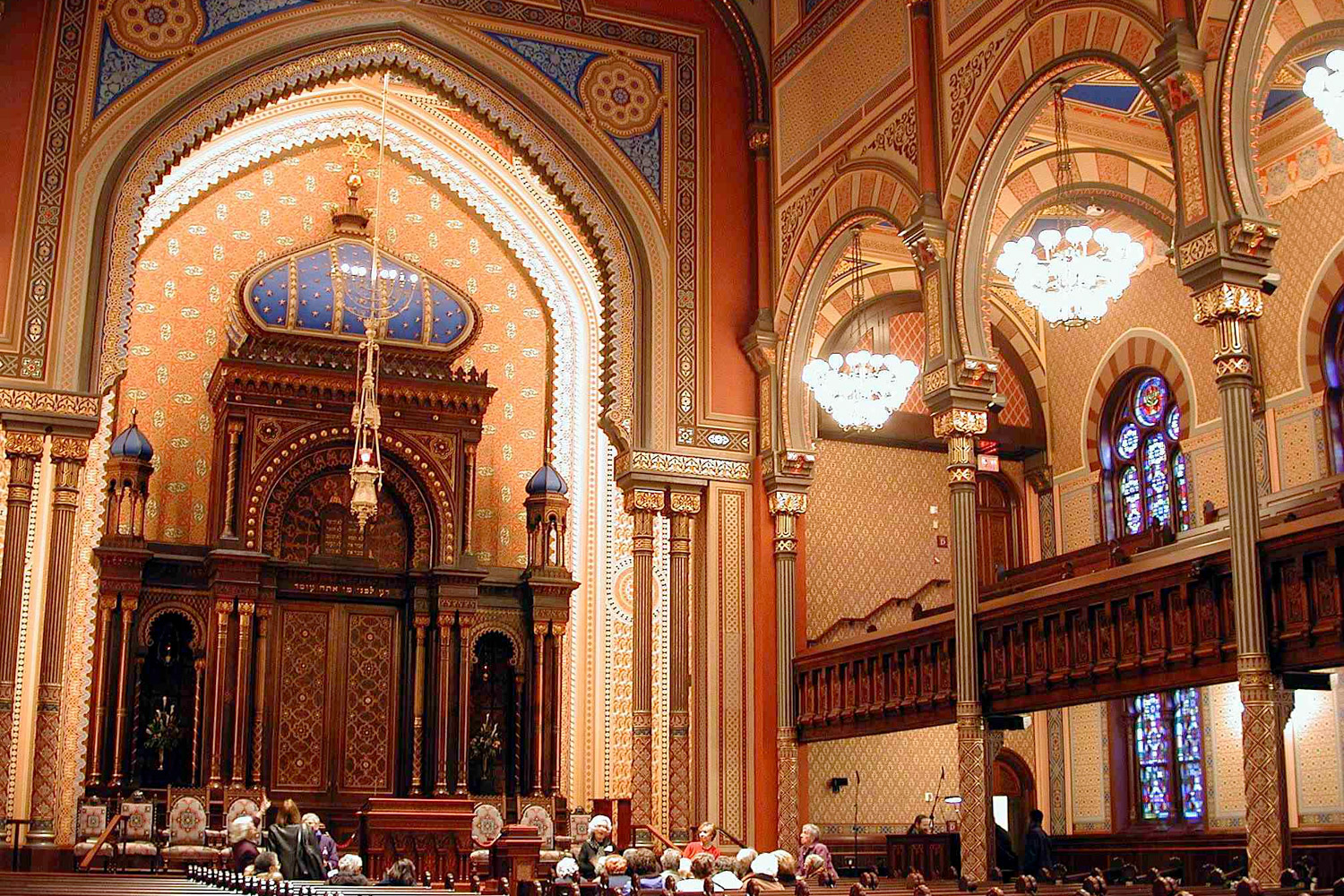 There are a number of ways to address acoustics. In ground-up construction, acoustical considerations can be built into the architectural design in ways that include the absence of parallel reflecting surfaces such, as walls, or the integrated use of absorptive or diffusive materials, such as Helmholtz resonators in ceilings, that allow for the use of reflective materials, such as wood, by creating a cavity behind them that retains some of the energy of the sound. In fact, resonators like these can be set to specific frequencies, literally allowing the room to be “tuned.”
When it comes to renovations, it can be harder to adjust the acoustical properties of a space—because you’re constrained by the architecture. A high, curved ceiling may be causing significant reflections that create intelligibility problems for the spoken word, but aesthetic considerations may preclude the use of such common acoustical treatments as absorbent “clouds” suspended above the sanctuary or panels attached to ceilings and walls. These kinds of situations can become so complex that most types of passive responses won’t be enough to solve the acoustical problems. John Storyk, a noted sound system designer, acoustician and principal at Walters-Storyk Design Group in upstate New York, recalls that his work on Central [Synagogue] in Manhattan required the use of an active electro-acoustical solution when the landmarked interior of the synagogue couldn’t accommodate passive treatments. In this case, a Lexicon LARES system was installed. An active-electronics approach, also employed by the Meyer Sound Constellation system, LARES uses microprocessors to, among other functions, control multiple microphones placed around a performance space that constantly “listen” to acoustical artifacts and then create phase-reversed versions of them that cancel them out.It’s an expensive solution, but it underscores how the inventory of electronic solutions for acoustical problems has increased. For instance, small, steerable columnar arrays—slender and rigid lines of speakers generally attached to vertical roof-support columns—offer an esthetically unobtrusive way to focus sound locally in churches by bringing it closer to the seating areas and keeping energy off of reflective surfaces like walls and floors, and using digital delays to synchronize the arrival of audio from front to back of the building.

The earlier, the better.

The best outcomes are those that are preordained, as a result of the acoustician and architect coming together before a building is erected. Christ Chapel Bible Church in Fort Worth, Texas, is an example of this all-too-rare but serendipitous occurrence. Architect Scott Martsolf and Chris Jordan, president and self-described “chief steward” of AV integration and systems design firm Electro Acoustics of Fort Worth, were able to confer before the church was constructed 10 years ago. Jordan spotted the potential for acoustical problems and suggested the consult with an acoustician, and Bill Johnson of Dallas-based Acoustic Design Associates was brought in. He suggested a Helmholtz resonator design for the sanctuary’s soaring dome, addressing both an aesthetic mandate and the acoustical issues that accompanied it.

When a room’s acoustics can be established with a high degree of precision, it makes the choice of the sound system’s components—speakers mainly but also subwoofers and any digital signage processing (DSP) used to manage them—easier and better able to match the sonic characteristics of the room. The most effective way to do that is by measuring the space, either with the use of software that can measure the acoustical properties of an existing room, or virtually modeling those of a planned space. In either case, software is used to measure key parameters, including frequency response (measured within the range of human hearing, from 20 Hz to 20 kHz, which indicates how the room is responding to various frequencies, looking for peaks or troughs that show reinforcement or cancellation at specific frequencies), and reverb time (RT-60—the time that it takes a sound to decay 60 dB—is used as a baseline). Software, such as SMAART or EASE, is used to interpret the acoustical mapping of rooms using calibrated microphones.In the case of virtual spaces, predictive models of how environments of certain dimensions and compositions are derived from existing data, also known as auralization, which creates 3D renderings of rooms, and can be remarkably accurate. The room’s physical measurements are transferred from the architectural CAD software into virtualization software, such as CATT or Bastian, and known responses of different types of sound to various types of spaces and surfaces are applied. 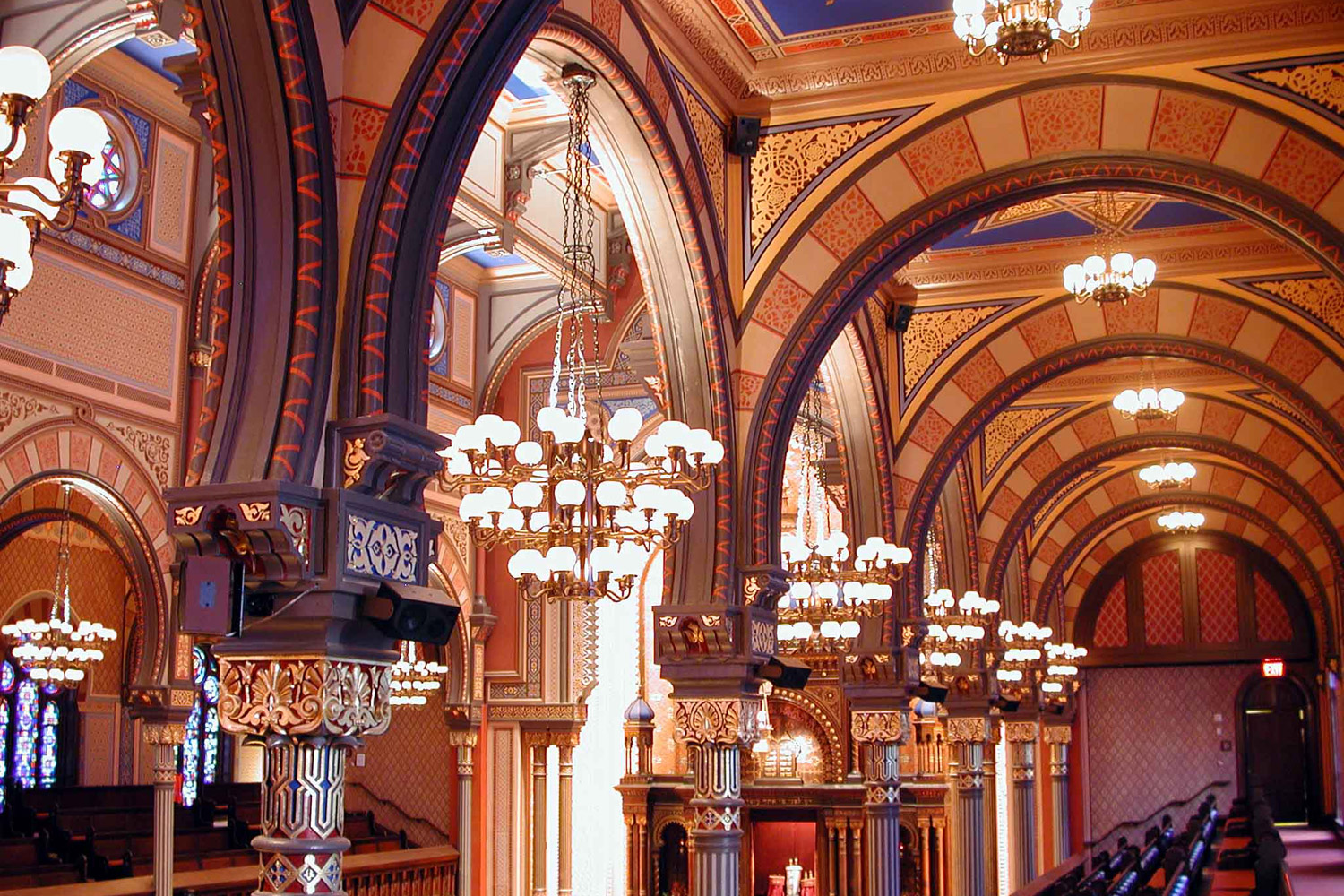 Data, however, are only as good as the analysis applied to them, and that’s where the role of the acoustician comes into play. Understandably, acousticians endorse the idea of using acousticians on all sound system projects. Storyk goes so far as to say that ideally the acoustician and the system designer are one and the same (the company, at least, if not the person). All good ideas— and even if engaging an acoustician in the process increases the initial cost, it may reduce the long-term costs by avoiding bad product decisions that compel replacement of certain system components if they prove inappropriate for the space. (Recall Genfan’s comments about how much remedial work he does.) Keep in mind, also, that acousticians can take into account a wide range of sonic issues around a sound system, such as how HVAC noise can affect the performance of a sound system.That said, in recent years greater numbers of audio systems designers have become significantly more adept at addressing acoustical aspects of system design. Naturally, some are more knowledgeable about the nuances of acoustics than others; as always, recommendations from your colleagues are key in making choices if you choose to rely on the systems designer for acoustical guidance. But there are some certifications that can also add some reassurance, such as from the Institute of Noise Control Engineering (INCE-USA) in Springfield, Ill. In addition, measurement and analysis tools have become more precise, more affordable, and more accessible, both in terms of cost and ease of use. That will give systems designers more capability to acknowledge acoustical measurement and treatment in their own designs.That, of course, won’t take the place of what a qualified acoustician can bring to a sound system project, and as the scope of a project grows in scale and cost, so does the importance of having that kind of knowledge in the mix.