An Airstream wouldn’t have been John Storyk’s first choice for a sound studio. “A Winnebago would have worked better,” says the acoustician and architect, who in his 50-year career has designed studios for Alicia Keys, Green Day, and Jimi Hendrix. But the trailer, though poorly tuned for hit making, oozed vintage charm. “There’s a coolness factor—it’s so polished,” says Storyk. 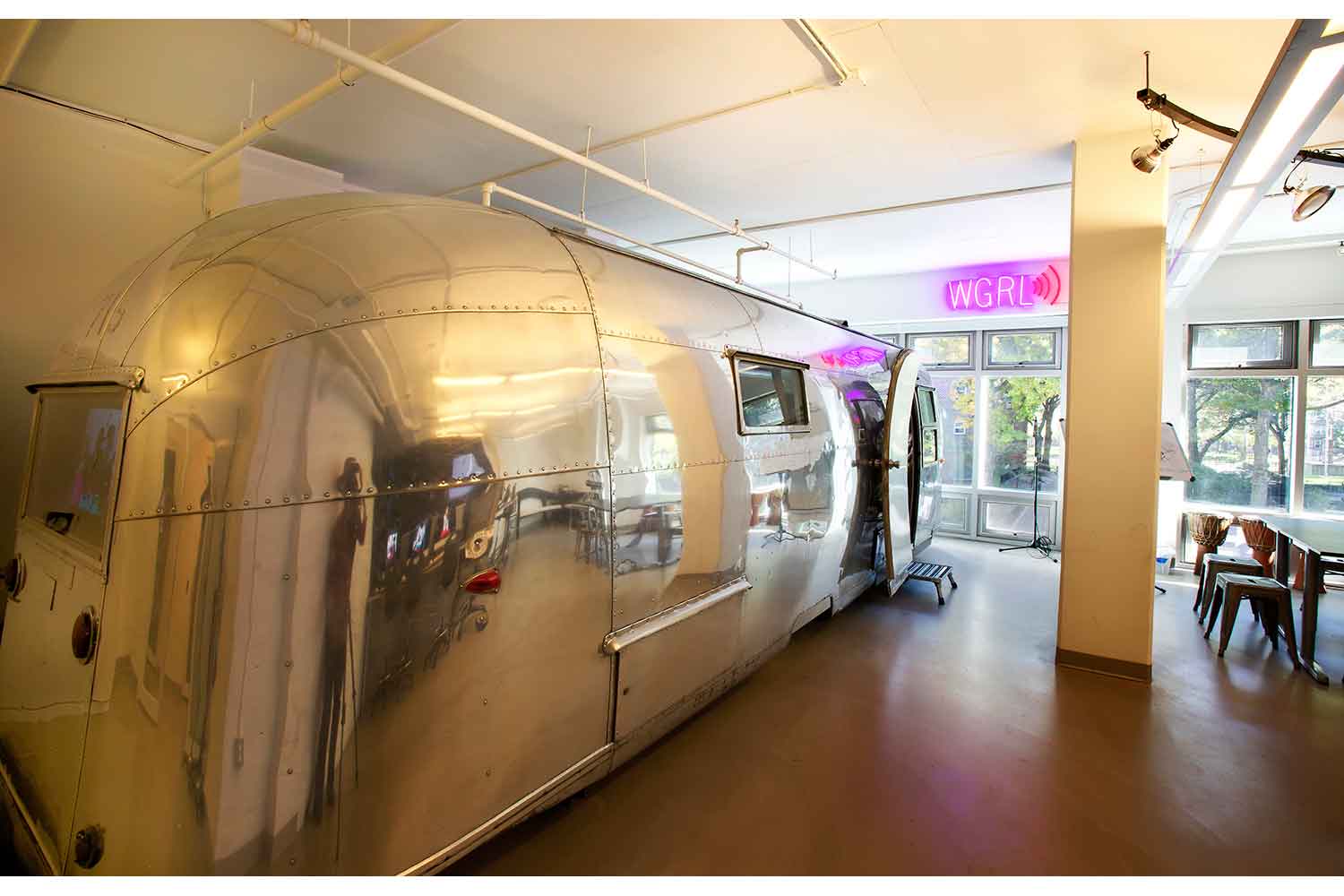 The 140-square foot Airstream is a space-age daydream with a state-of-the-art control room, an isolated recording booth, ambient neon lighting, and curved metallic surfaces that emulate the exterior. “We really wanted it to be an inverse mirror image of the outside,” Storyk says. Making it look good, however, wasn’t the hard part.

“Airstreams are not easy to work with at all—they’re smaller than you think, and small, concave spaces are not good for sound,” Storyk points out, recalling that Hendrix’s Electric Lady Studios had a similar problem. To overcome those challenges while maintaining the curves, the design team formed custom-perforated metal to the interiors as acoustic treatment.

Another challenge was determining how to arrange the control room and recording booth in such a small space. Storyk knew the rooms couldn’t face each other—a standard layout in studios that facilitates communication between engineer and performer—so he instead oriented the control room to face the back of the trailer. “It took a while to figure this out,” Storyk says, “but once we realized we didn’t need direct sight lines, that made it easier.” Video monitoring allows the engineer to keep tabs on the recording booth, and window cutouts in the interior door and bulkhead maintain an open feel.

After 3,500 projects and decades of work, Storyk is often asked if he has a favorite. “It’s the one I’m working on,” he tends to reply, which he admits is a bit of a canned response. Even after designing studios in tour buses for rockstars, or putting them inside million-dollar yachts, the Airstream at the Girls Club is secured firmly amid his top five.

“As you come into the second floor, it’s really neat that it’s a separate capsule,” Storyk says. “It’s so cool that the girls get to learn there.”