The Sound of Silence: The Bow Wow Wow Remix

Perhaps it was serendipity that brought John Storyk, the world-renowned acoustic architect, to the animal shelter in Hyde Park. When he walked into the “Dog Village” area, he immediately noticed the reverberation, volume and distortion of sound in the hallway. If it was uncomfortable for humans, imagine how it affected the dogs.

The acoustics in the dog kennel agitated the canine residents. The high ceilings and curved hallway amplified and distorted the sounds of voices, dropped dishes, and footsteps. Dogs being taken out for exercise ran a gauntlet of their barking, leaping brethren as the handlers walked them by their pods.

John Storyk knew he could help make the lives of both the dogs and the staff better. So, he did.

When I was asked to write this tribute to John Storyk, I tried to think of exactly what it is about John that distinguishes him as a leader and a human being. I’ve known him mostly through our association at Walkway Over the Hudson, where he is the president and I am a member of the board. In his management of the meetings, it’s easy to see why he has been a legendary success in his field. It’s not just that he is extremely intelligent and talented, but that he takes a thoroughly pragmatic approach to all challenges and issues. He uses his imposing presence to maintain focus and clarity and he also listens to everyone, thus ensuring that we always reach a resolution to the satisfaction of all. In a discussion with John, you can always be certain he will listen intently and seriously to what you have to say. Though he will brook no nonsense if you digress onto an irrelevant course, he will be sincerely appreciative of any contribution you can make. I’ve rarely met someone in who ego plays so little role in their approach to problems; John is guided solely by a quiet determination to complete the task in as efficient and effective a way as possible. And he does that through listening carefully to others, folding their knowledge and experience into the project without regard to his own glory or credit, but only with the aim of producing the best results possible.

Given his no-nonsense approach and unshakable conviction in rational progress, it may be surprising that this flinty pragmatist could melt so easily from the warmth of a smush-nosed dog, but it’s true! Chico the pug was the beloved furry son of John and Beth, and to see John press that little dog to his heart, or dress him up for a Halloween party a the DCSPCA, or mourn so deeply when Chico passed, shows a sign of John that is just as truthful and sincere. For to John, an animal is as important to listen to as a human being. Through listening comes understanding, and John knows you can learn a lot from animals.

Perhaps that’s why when DCSPCA needed his help when their dogs were being exposed to dangerous decibel levels in the shelter, John immediately understood the severity of the situation. With his associate Jonathan Bickoff, as well as Baxter Building Corporation and John and Gloria Golden, John created a solution that both saved the dogs’ ears and increased the safety of the staff that works with them The walk to their kennels is now no longer a source of terror to the dogs, but a tranquil transition from play time to sleep. The sound absorbing installation has made a world of difference to them.

I know what the dog kennels sounded like before the installation, but now, when I visit DCSPCA and see those dogs curled up in their beds totally relaxed and quietly dreaming, I wonder if perhaps their silence is not the most eloquent tribute of all to my friend John Storyk. 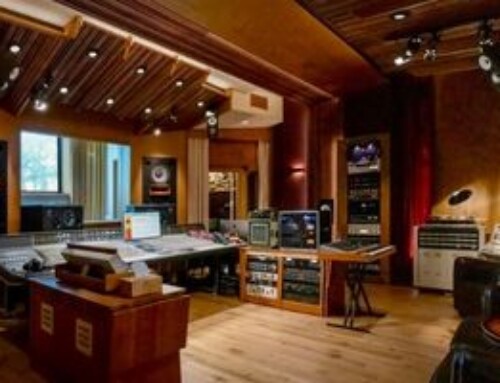