The notion of building elite homes directly over venues devoted to hyper-social commotion may seem incongruous. However, NEO, a trendy after-hours club is thriving in a fashionable Zurich neighborhood

ZURICH, SWITZERLAND: NEO, is a dazzling new club/bar/restaurant located on the ground floor of an upscale high-rise in Zurich’s burgeoning Europaallee Sector. Although the rapidly gentrifying area is adjacent to the Swiss Railroad Mainstation, the local residents’ chic demographic makes late night clamor particularly objectionable. Sensitive to potential neighborhood backlash, the venue owners resolved to deflect these latent problems before they became an issue. Their solution? Engage Walters-Storyk Design Group-WSDG. 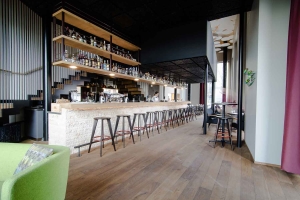 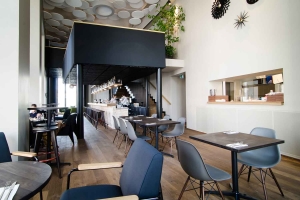 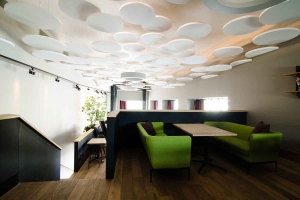 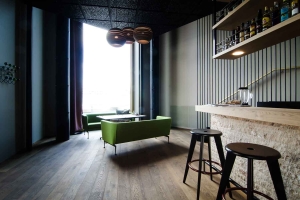 A busy restaurant during the day and evening, NEO transforms after hours to a double height dance club with an interior balcony. Oversized, motorized windows can be fully raised in the summertime, enabling visitors to flow freely into and out of the restaurant, but they remain closed in club mode to contain the sound. As a further enhancement to the ambiance, an artificial lake will soon spring up in front of the building.  On weekend nights, when dinner guests have departed, the windows are lowered, the lighting transforms to heighten the party atmosphere, and a sound absorbing curtain is drawn to protect privacy (and safeguard local resident sleep patterns).  The sound level slips past 11 as the restaurant morphs into a 21st century, DJ-driven dance club and the young and the beautiful boogie the night away.

Dirk Noy, GM, WSDG Europe reports that the system performs precisely as designed, permitting no hint of intrusive sound into the neighboring apartments. Considering the residences (crowned by a double height penthouse), are among Zurich’s most coveted, this was a critical prerequisite. The notion of building elite homes directly over venues devoted to hyper-social commotion may seem incongruous. However, it underscores the need for (acoustic) isolation in today’s commingled world of business, pleasure, seclusion and exhibitionism. Effective (sound) barriers make receptive (and happy) neighbors.