The station is now set to build on its role in the important Seattle music scene, and Public Radio’s stature within the local, national and global radio/internet community. 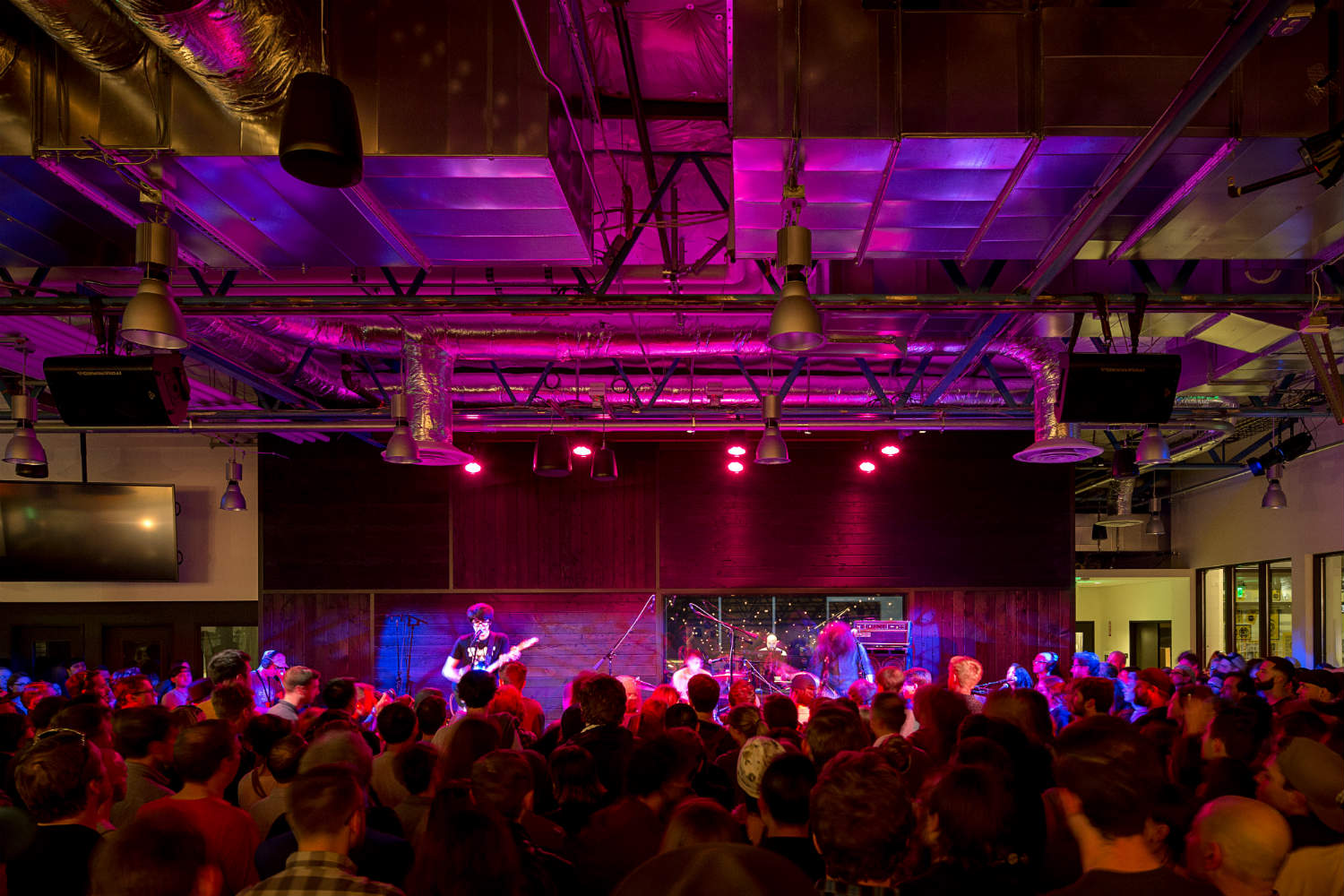 WSDG Project Manager Joshua Morris reports that the design mandate was, ‘to enhance the synergy between the studio’s function and aesthetics by making it accessible to the public, while concurrently maintaining budget conscious comfort and security for the station’s personnel and guest artists. We also focused on the need to enable bands of every conceivable format to set up and breakdown quickly between 30-minute sets,’ Morris adds. ‘Because the original structure served as exhibit space for the 1962 World’s Fair, we were fortunate to have sufficient room for an extensive station wish list.’ 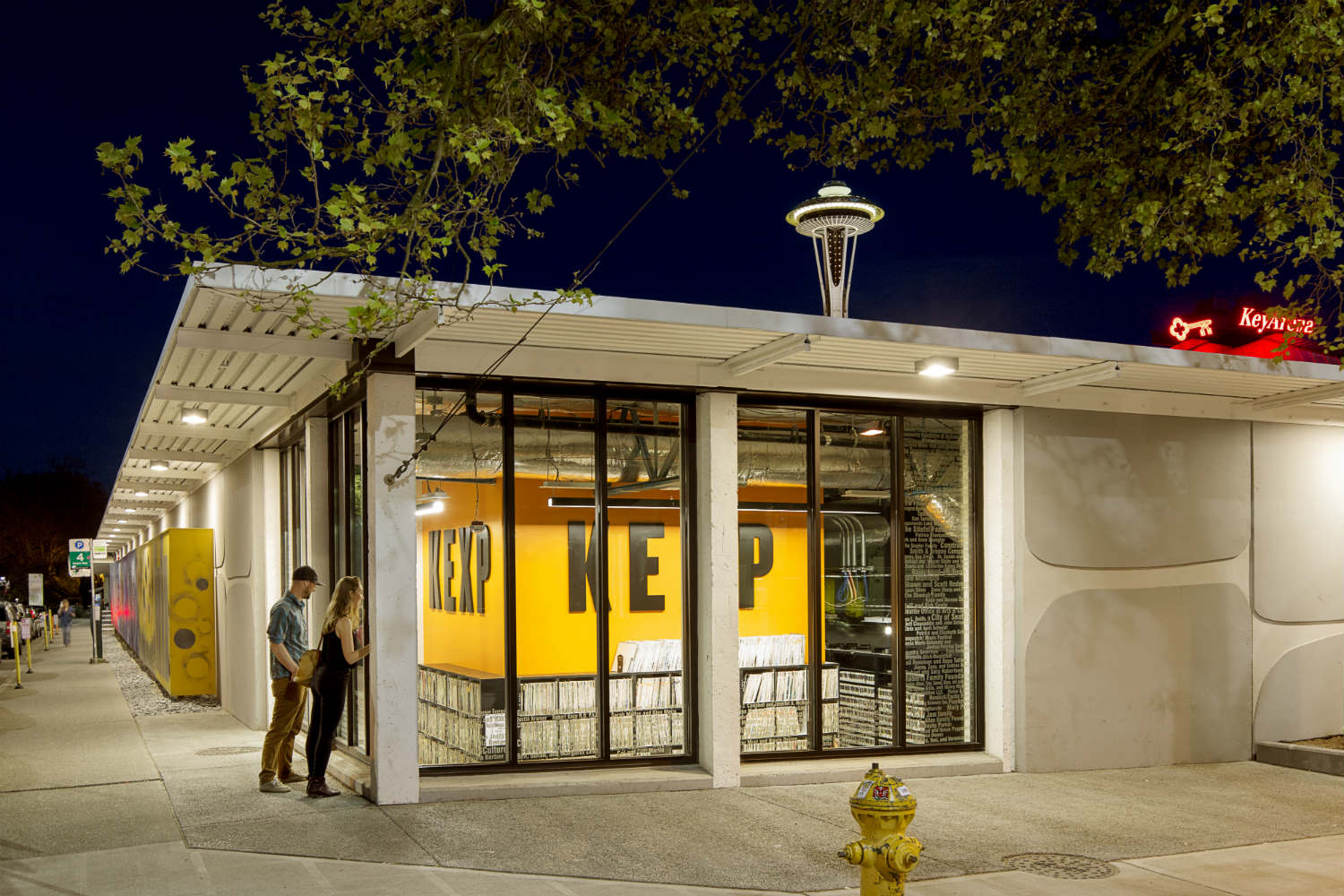 Our collaboration with SkB Architects’ co-lead designers/co-founders Kyle and Shannon Gaffney, and Steve Olson was smooth, efficient and totally supportive,’ says WSDG Co-founder John Storyk. ‘The station’s production facilities represent nearly 60 per cent of the overall footprint of this broadcast complex. SkB’s level of understanding of, and appreciation for, acoustic requirements, and the myriad of related concerns was outstanding.
‘The project team was comprised of extraordinary professionals, from general contractor, Sellen Construction, to Project Management by Costigan Integrated. This team defined the term ‘first tier, and has already aired and streamed live performances by artists ranging from Ben Harper and Bob Mold to Andrew Bird, Wussy and Dengue Fever.

‘In KEXP we had an extraordinary client and a cadre of outstanding broadcast professionals,’ Storyk concludes. ‘KEXP CFO Denise Burnside served as project manager for the station, CTO Jamie Alls, Operations Manager Chris Kellogg, and broadcast services GM Ethan Raup – all shared the goal of making KEXP’s new home as attractive, efficient and future-proofed as possible. The station has thrived for 40-plus years, and established an extraordinary reputation as a Public Broadcaster. We are pleased to have played a role in helping to fashion a new complex for an equally exciting future.’