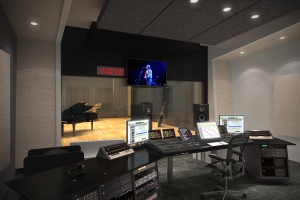 Funds for the new broadcast complex were raised by a successful on-air campaign and augmented by foundation, corporate, local entrepreneur and local government support. WSDG Co-Principal/Director of New Business Development, Sergio Molho reports the project is currently under construction, and expected to be completed by late 2015 or early 2016. “KEXP has established an outstanding history over its past 40+ years as leading broadcasters, and we are extremely proud to be playing a role in its future.”