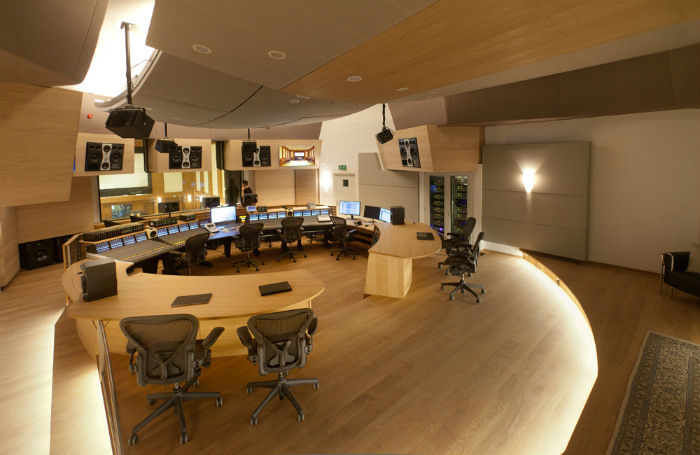 Synchron Stage Vienna opened in July 2016 to great acclaim and a clear intention to become one of the world’s leading film-scoring facilities, both in terms of acoustics and technical facilities. Stage A can accommodate up to 130 musicians, with a control room based around a SSL Duality Delta 96-channel Prostation console. Stage B is designed for smaller ensembles, and features a Duality Delta 48-channel console.

An SSL L500 Live console is also available for orchestral monitor mix duties. High resolution (192kHz) recording and full Dante networking is available throughout the facility. Since the summer opening, Hans Zimmer has shown his commitment to the facility by recording scorees for the Tom Hanks movie ‘Inferno’ and Golden Globe w-winning ‘The Crown’ series for Netflix.

The building has an illustrious history. It was built in 1925 as a movie production complex; in the 1940s and ’50s it was part of Film City Vienna, with some ten film scores recorded each year. During the 1960s, the likes of Herbert von Karajan, Yehudi Menuhin and Mstislav Rostropovich recorded there. In 2009 the facility was listed as a landmark protected building. 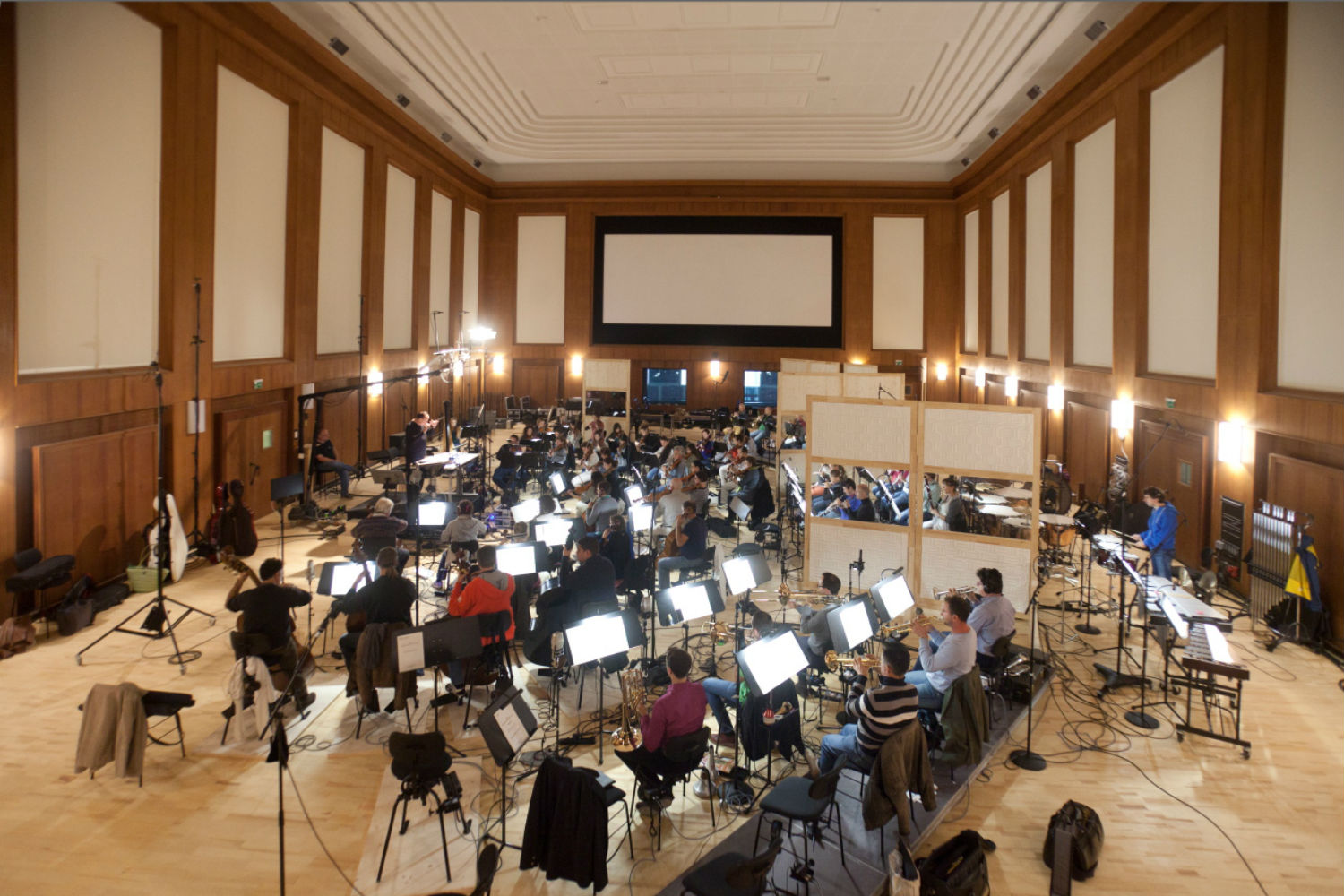 The Vienna Symphonic Library (VSL), a leading developer of orchestral sample libraries and music production software, took over the building in 2013. Led by CEO and founder Herb Tucmandl since 2000, VSL are now wholly fully based at Synchron Stage. Renovation and acoustic design at the facility was undertaken by Walters-Storyk Design Group. Ambitious acoustic tests on completion included flying and hovering a helicopter above the roof of Stage A (nothing of the helicopter could be heard on Stage A, it was reported). The facility also boasts a huge collection of orchestral instruments used by VSL, available for clients.

Tucmandi is keen to stress that both the demands of film clients and the work of VSL can be met. He comments: “The acoustic design of our main hall as well as the enormous flexibility of the configuration of our recording and control rooms give us the autonomy to record 24/7. Within a very short time, the Synchron Stage team can change an entire recording situation from a sampling session into a set-up for a 130-piece orchestra. Therefore we are able to satisfy our studio customers, and additionally we’re able to push the work on our sampling libraries.” 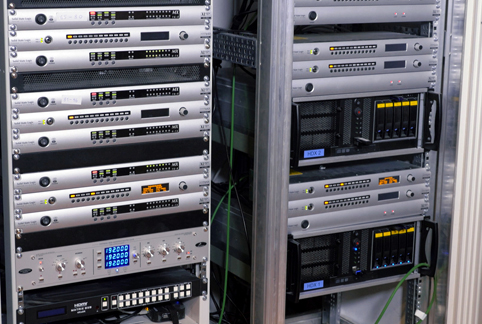 The approach behind the SSL Duality Delta consoles (pictured top) allows Synchron Stage both a traditional and progressive hybrid approaches to pre-production, large-scale recording, editing and mixing. To achieve the goal of total flexibility without compromising audio quality, a high-capacity, redundant Dante network connects every room to every other room, so that every audio channel is available anywhere in the facility. The network has a capacity to carry 12,288 channels of 192kHz audio. The consultants on the project are TSAMM Professional Audio Solutions led by Mario Reithofer.

MADI-Bridges and nine SSL Delta-Link MADI HD Pro Tools interfaces are used for five HDX Pro Tools workstations running at various sample rates, connected to, and fed from, the Dante network. A complete trip through the system ­– from a microphone on the main stage, through an Alpha-Link A-D, then MADI-Dante Bridge onto the network and then a monitoring return through another MADI-Bridge, through the L500 to the musicians’ headphones takes, less than 0.7ms (at 192kHz). 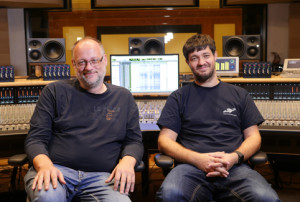 Bernd Mazagg, Synchron Stage technical director and chief audio engineer (pictured right, with Herb Tucmandi, CEO and founder of Vienna Symphonic Library) adds: “All the rooms are connected to each other, so you can [route ] Stage A to Control Room B [and so on]. It was important for me to have Dante in this building as it allows signals to so easily be switched to wherever needed. So anybody in one of the offices who wants to hear a stereo mix or a 5.1 mix from a control room can do that.”

Commenting on the Duality consoles, Mazagg says: “They were chosen for their clean, SuperAnalogue sonic foundations and the unique tonal flexibility of the VHD (Variable Harmonic Drive) inputs. It was also very important to have the control rooms as modular as possible. So if a traditional American engineer comes to Synchron and wants to have his American way of scoring, so to speak, we can provide that. That is why we have the SSL 500 modules where you can chose from different pre-amps. It was important to provide the old way or the older way of recording an orchestra but also have the future in mind as to where the scoring of an orchestra can go to next. I think that it is a really new concept in designing a scoring stage.”

Antony David, managing director of SSL is keen to express his praise for Synchron Stage Vienna. “Herb and his team must be extremely proud of what they have achieved with Synchron Stage Vienna. They have moved the large-scale scoring stage into a new technological era, but stayed true to the high creative and quality values that frequently define the most outstanding studios in our industry.” 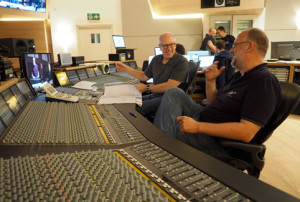 Mazagg oversaw the first test session. A 100-piece orchestra engineered by Dennis Sands (pictured left with Tucamandi), a top LA film score engineer and conductor Conrad Pope, recorded various famous film cues. Mazagg states: “When I first heard the orchestra playing through the loudspeakers and to the whole signal path for the first time it was simply amazing. It was much better than we had hoped it could be.”

In the near future Tucmadl and his team are going to strengthen the synergies between Vienna Symphonic Library and Synchron Stage Vienna. He concludes: “With the release of ‘Synchron Percussion I’ we will start an entirely new series of libraries that are recorded in our beautiful new recording facility. We also preparing the restoration of the Lenkwil cinema organ, which will be a long-term project for the next years. We have made enough impact now for the likes of Hans Zimmer to consider this might be the future of orchestral film production here in Vienna.”