FROM CONSTRUCTION TO CLASSROOM: THE MAKING OF AN AUDIO COMPLEX

Berklee’s new 16-story building under construction at 160 Massachusetts Avenue will feature a state-of-the-art audio complex, student housing, and a performance venue; but as  the tower takes shape, it’s also doubling as a teaching tool for a popular music production and engineering class, providing a rare opportunity to see the nuts and bolts of s tudio design and construction in real time. 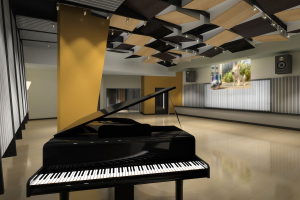 Students enrolled in the spring semester class Architecture and Acoustics of Critical Listening Environments (MTEC-360) have visited the 10 recording studios being built on two lower basement levels during different phases of the project’s development. The visits have been coupled with classroom lectures—delving into acoustics, physics, architecture, and math.

“This is such a unique moment in time,” says music production and engineering chair Rob Jaczko. “Who gets to teach this discipline and have a 10-studio project going on simultaneously? This is a real-time project and it will culminate in the fact that we’re all going to stand in finished control rooms and studios and get down to capturing art.”

Visiting professor John Storyk, who has been teaching the Berklee course for more than five years and been a guest lecturer at Berklee for more than 15, is an innovator in the field of acoustic design; his work has served such artists as Jimi Hendrix, Alicia Keys, Whitney Houston, Jay-Z, Bob Marley, and Bruce Springsteen. His firm, Walters-Storyk Design Group, designed the 160 Mass. Ave. studio and is overseeing the project (under the supervision of project manager Romina Larregina). It also designed the cutting-edge recording/teaching complex at Berklee’s campus in Valencia, Spain. 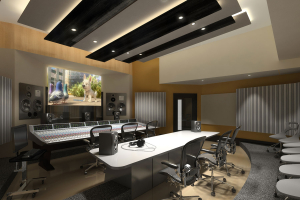 “I could talk for 32 hours, or 132 hours with slides, but nothing replaces walking in and seeing staggered sheet rock and isolated partitions,” says Storyk. “It’s a robust and organized way to deliver information.”

David Molho, a third-semester MP&E major from Buenos Aires, Argentina, whose father is a partner with Storyk’s firm, grew up watching studios get built but he wanted to understand the bigger picture. “I wanted to learn more about design before construction.”

MTEC-360 has more than delivered. “Everything we are learning, we can actually see. It makes it even more clear.”

Molho says the class will not only serve as a strong foundation when he pursues his dream to open a studio of his own but will also give him insight about detailed acoustical elements of studios, such as how speakers are positioned. 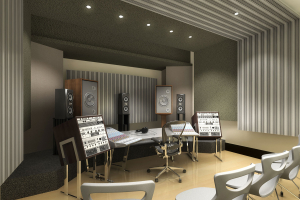 The sound-tight studios, spanning approximately 22,000 square feet, will be among the first “purpose-built design” spaces on campus and featuring a “room-within-a-room” design paradigm, Jaczko noted, pointing out that Berklee has historically retrofit classroom and recording studios into existing spaces.

This translates to a completed isolated room within the larger structure of a room; the two are not physically connected. “This prevents sound from getting in or getting out,” says Jaczko.

The result is improved sound quality, for both the musicians playing the music and engineers capturing it. “It’s quieter, we have a larger dynamic range, we can hear more subtlety in the music,” says Jaczko. “This is in addition to the fact that the spaces are designed acoustically to be favorable for the music to be played. Violin players and horn players, for example, will feel the resonance of the instruments in the space. The room is the fifth member of the quartet.” 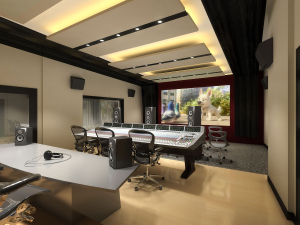 By all accounts, the new studio complex will be world class. “Everyone arriving at Berklee will recognize this as absolute state of the art,” says Storyk.

“Internally, it will give more students the ability to perform and be recorded, and record others in a world-class space,” Jaczko says. “It’s an exercise in musicality and ear training. When you get this sound in your mind and you know where the highest level of this exists, you chase that for the rest of your career. You hear it in your ear. . . Externally, the message we’re sending is: we value this currency. And there’s no other studio complex on planet Earth that we know of that’s being built at this scale right now.”

Meanwhile, it will open doors for collaborations that have not been possible; in fact, a scoring stage designed to accommodate large groups of musicians will serve as one of the studios. 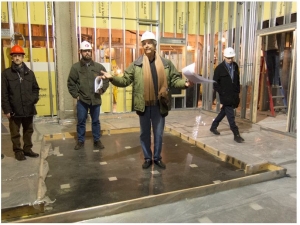 “The Performance Division and String, Film Scoring, and Composition departments are grooming performers and materials to be played by very large ensembles and orchestras; MP&E students will get trained on classical recording techniques and how to capture orchestra to picture. From a curricular standpoint, we’ll now be able to pioneer a range of collaborations that for physical reasons we’ve never been able to pursue,” says Jaczko.

And because Berklee is a teaching institution, the studios will incorporate windows so that visitors can tour the facilities and observe.

But while the studio complex is still under construction, it is benefiting aspiring engineers and acousticians as a model of a work in progress.

“This is a master class,” says Jaczko. “If you’ve seen the big picture of this happen in front of you over time and you’ve watched 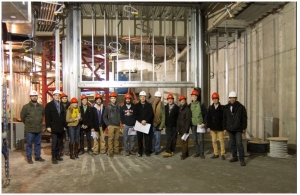 the macro view and been apprised of all the little details that go into the micro view, this gives you a leg up if you want to go into this as a profession, understanding the tenets of design and seeing in real time the implications of the choices that are made.”
The 160 Mass. Ave. building—which will also feature community rooms, practice and ensemble rooms, a small fitness center, and a 400-seat dining hall evening performance venue—is scheduled to open in late 2013 and the studios are scheduled for completion in spring 2014.