The global firms of WSDG (Walters-Storyk Design Group, based in New York, Miami, Brazil, and Basel, Switzerland) and ADA-AMC (Acoustic Design Ahnert – Acoustics & Media Consultants, based in Berlin, Germany) have signed an agreement with the goal to combine their teams, their core competences and their fields of business; thus creating a global leading design and consulting organization, active in all sectors of acoustical consulting and media technology engineering services.

Both groups share core values of scientific excellence, technological innovation, international collaboration, continued education and creative aesthetics. The merger results in a powerful expert global player with a long-term vision to the future and will continue to focus on professional and independent consultation and engineering activities in three primary market sectors: Media Content Creation, Production, Distribution and Broadcast Facilities; Corporate and Governmental Media Installations, Parliament Halls and Conference Centers; and Sports, Arts & Entertainment Venues such as Theatres and Concert Halls.

ADA, a Berlin-based company and the predecessor of ADA-AMC, was founded 1990 practically on the day the wall came down by Prof. Dr. Wolfgang Ahnert, renowned author of several benchmark books on room and electro acoustics and an expert in technical acoustics and software development (e.g. EASE). Since 1975 Dr. Ahnert has been involved in the overall planning of numerous theaters, concert halls and further cultural buildings, while often participating in complex projects abroad.

WSDG, incepted by John Storyk and his wife/business partner Beth Walters and active since 1969 with John Storyk’s iconic design of Jimi Hendrix’ Electric Lady Studios in Manhattan, has provided full service architectural design, acoustic consulting and media system engineering services specializing in implementation and integration of technology infrastructure in the built environment. WSDG, an eleven time NAMM TEC Award winner (Technical Excellence & Creativity), has grown into an international organization with a staff of over 60 consultation professionals with offices and technical representation on six continents, including WSDG’s Europe Office in Basel, Switzerland, led by Dirk Noy, MSc Physics and a graduate from Full Sail University, Orlando, USA, where he was one of John Storyk’s students. The offices work closely together, contributing to the unique international style that has become WSDG’s trademark.

ADA-AMC will remain at its current Berlin offices while General Management duties will be shared between Wolfgang Ahnert and Dirk Noy. 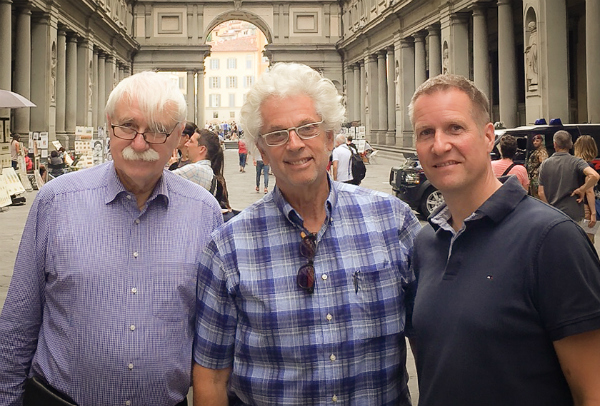