“Over the last few years, Elevation Church has carved out its own space in the Christian Music industry,” says engineer and producer Jonathan Mix, head of the team at the new studio complex in Charlotte, NC. In the 10 years since releasing its debut studio album, Elevation Worship has topped Billboard’s Christian and Gospel charts on multiple occasions and has picked up armloads of Billboard Music and GMA Dove Awards. Elevation Worship was recently nominated for its first American Music Award, in the Favorite Inspirational Artist category.

Previously, the church had been renting several rooms at another facility in Charlotte but had outgrown the space. “So we built a studio. WSDG Walters-Storyk Design Group did the design work. I gave them details of the studio that I’d dreamed of, told them the gear we wanted to have and the gear we already had, and they put it all on paper and made sure it sounded good. We finished the studio in mid-September, which is when we started recording, and we’ve been going hard ever since,” Mix says. 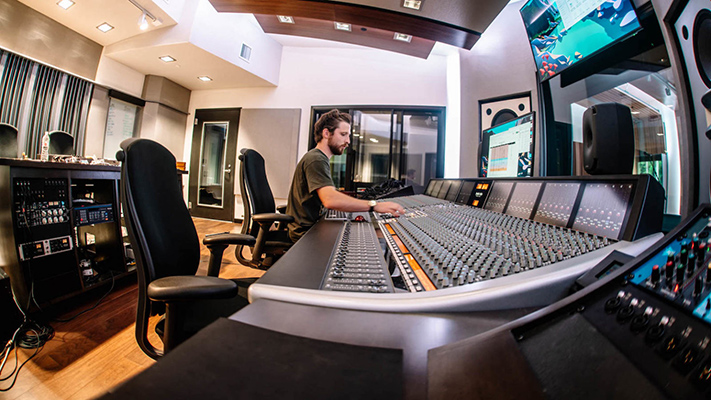 Having previously worked on an SSL console, Mix soon narrowed down the choice of desk for the new studio. “The Duality just felt like the best fit for what we do. I love how versatile it is and love the hybrid workflow,” he says. SSL’s δelta-Control software layers DAW control and integration onto the console’s traditional analogue path and signal processing. “Utilizing the hybrid side is super fun and very intuitive. I love that you have that control. We’re doing so much in-the-box, but I wanted to be able to use the mixing console’s faders to control Pro Tools and Logic,” he says, rather than opting for a control surface alternative.

The new facility also includes two DAW-based rooms with patchable outboard gear. “The A room is a traditional tracking room with an SSL console and Augspurger monitors in the walls, so it’s nice and loud,” he says. “With the Duality, everything is so seamlessly normalized from panels to patchbay to console, straight into the Avid MTRX boxes and Pro Tools. The Duality’s mic preamps sound great and the SSL EQs on every channel are game changing for me. That’s my favorite EQ on a console by far.”