Avalon Theatre: A Showplace on the Shore

An Art Deco theatre is reimagined for today 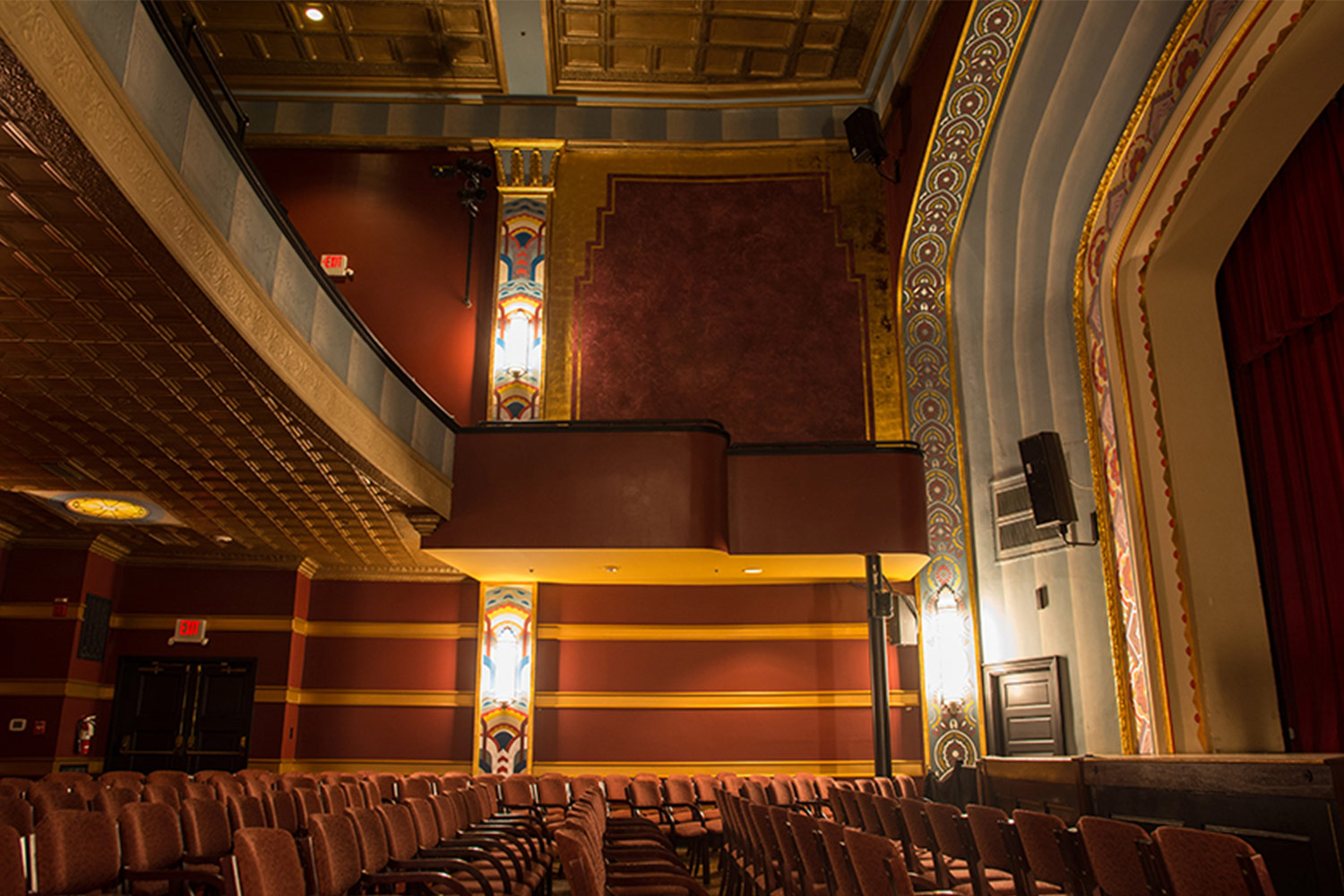 Located in Easton, Maryland, The Avalon Theatre is a storied venue that has undergone a number of transformations in its near century of existence. And it continues to evolve. The Avalon opened in 1922, having cost a not inconsiderable $100,000 to build. Dubbed the “showplace of the Eastern Shore,” it was quite the pleasure palace. Its architectural details included an 18′ dome with 148 lights, a 300-pipe electric-pneumatic organ, electric player piano, and a second floor ballroom. In 1934, the ballroom closed, and the new owner, The Schine Theatre Chain, redid the interior in the Art Deco style that is still seen today. In an enchanting statement, the theatre’s website notes that local moviegoers at the Avalon experienced Clark Gable’s first screen kiss, Roy Rogers’ first gunfight, and “Bette Davis’ first psychotic role.” The Avalon stopped showing films in 1985; like so many other vintage cinemas, it had fallen on evil days, evidenced in cracked walls, stained carpeting, and worn-out seats. In 1989, however, a local initiative, led by Mayor George Murphy, led to a restoration. Now a performing arts center, a private restaurant group redeveloped the rest of the building, adding a third floor. The makeover cost $1.36 million, but the Avalon struggled and failed again. The city bought it back in 1992. The decision was taken to go the not-for-profit route and, in 1994, the town made a lease agreement with the Avalon Foundation, Inc. The founders, John General and Ellen Vatne, presided over an expansion that included new sound, lighting, and video as well as television production facilities. In 2003, the former ballroom became the Stoltz Listening Room, a 60-seat cabaret. 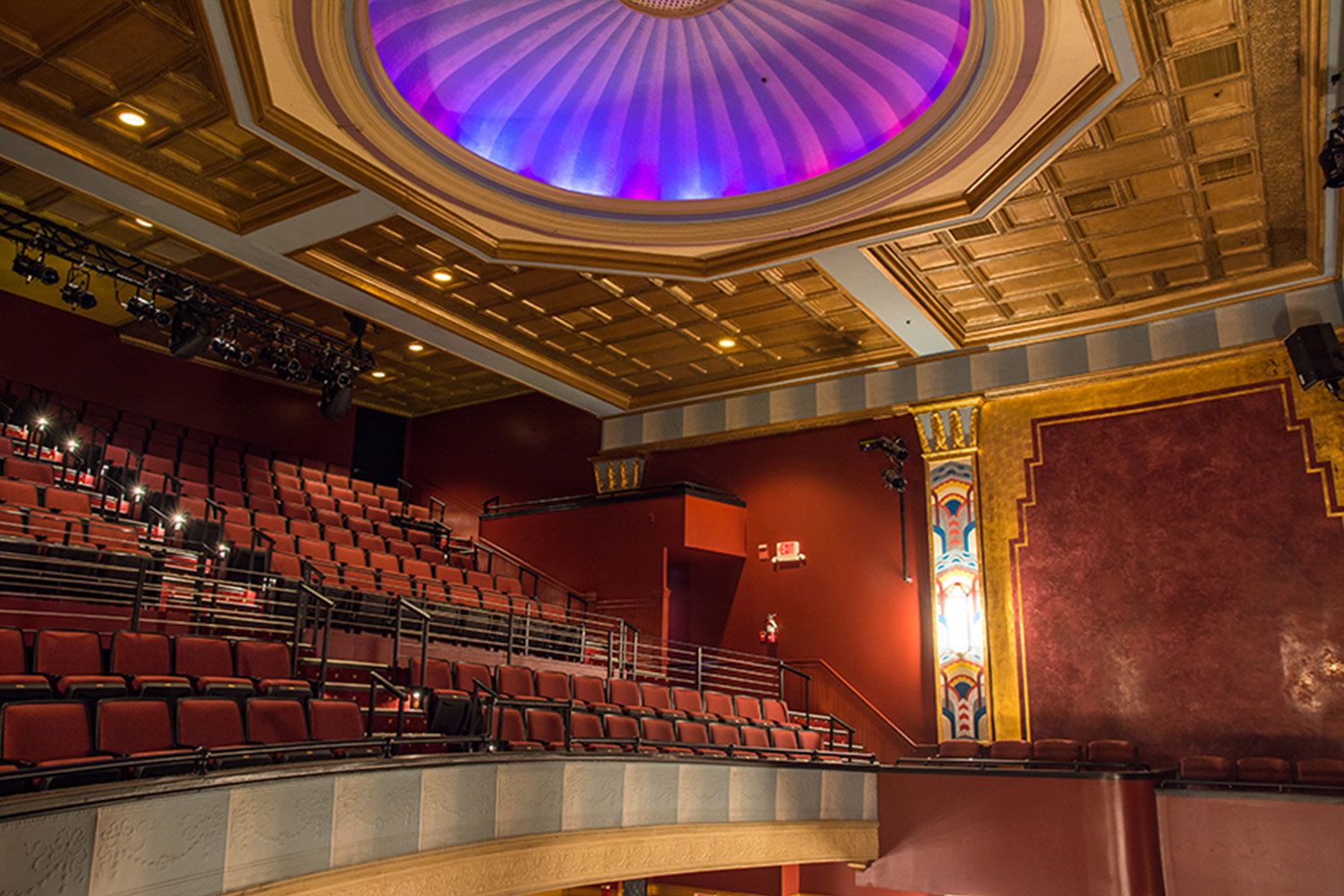 The third floor, with its 20′-wide stained-glass dome is now used as an event space. Coming back from the pandemic, the Avalon now has a full schedule of music and comedy acts; it also shows productions from The Metropolitan Opera’s Live in HD program. Not long before the pandemic lockdown, the theatre completed a set of balcony renovations, working with the acoustic consultant and AV integration firm WSDG. “We go way back with Avalon,” says Joshua Morris, partner and COO at WSDG. “We were hired to do a master plan in 2013.” This included theatre expansion, A/V upgrades, and balcony reconstruction. “We were brought onboard to pull the theatre into the 21st century,” Morris says. “Basically, they have a gem that started out as a movie house and grew into a dramatic production house for concerts. It needed updates in lighting, sound, acoustics, seating, and architecture in addition to code compliance and ADA bathrooms. That’s why it made sense for them to come to us. We have fingers in all of those pies.” The theatre no longer screens movies as its primary source of revenue, so the removal of the old projection booth allowed for the reconstruction of the balcony along with upgrades to the spectators’ sight lines. To perform what Morris calls “a high intensity seating and platform layout,” the firm took measurements to create extensive 3D models of the new balcony setup. With the plans in place, Morris says the working relationship naturally evolved into WSDG accepting the commission to improve the balcony. “We made a design that totally reworked the balcony with wider, more comfortable seats,” he says. “We removed the original projection booth, which gave us some room to play with, and we updated the back wall a little bit. We put in new lighting for safety and a railing that allowed them to see a little bit better. They had some really compromised views. “Because we are engaged in so many of the disciplines this project required—architecture, acoustics, A/V, lighting, ergonomics, 3D visualization, interior design—we presented Avalon with an integrated design approach,” he adds. “This allowed us to greatly streamline the communication and enhance the efficiency of the collaboration process.” For better ergonomics, the balcony’s seats needed to be widened as much as possible and positioned to be focused on stage performers, rather than a motion picture screen. The balcony’s walkways also needed better tread depth and tread visibility, as well as height consistency. Finally, all the renovations needed to be aesthetically consistent with the theatre’s Art Deco motif. Going into more detail, Morris says, “We removed all the seats and installed new ones [from Irwin Seating] with new risers. We opted to maintain the center aisle configuration. The average seat width went from 17″ to 19″; we also changed the row spacing. The existing row-to-row measured 30″and your knees were literally colliding with the seat back in front of you, so we went to 33 ¼“. We were working down to the quarter inch. It was an intense process.” 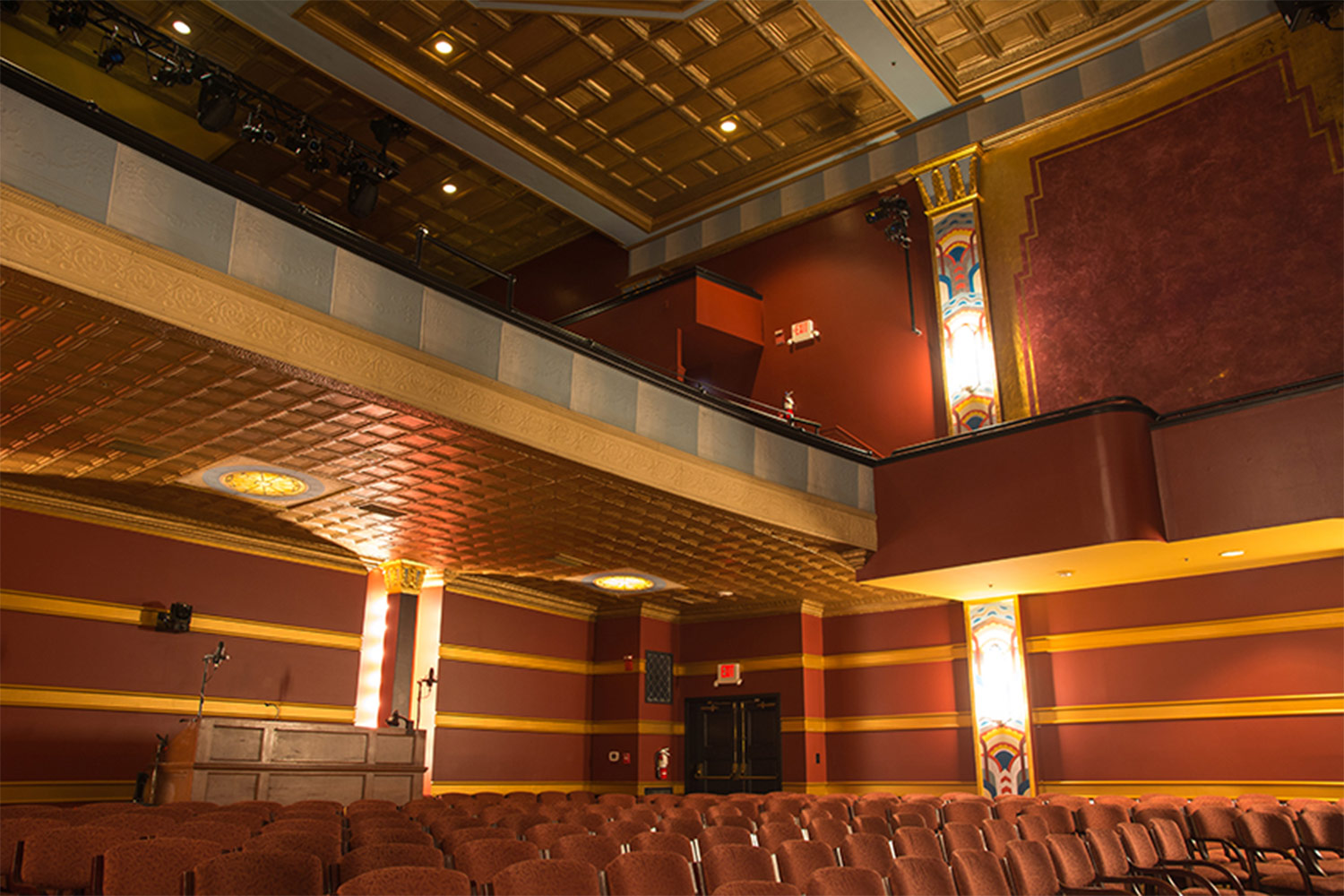 Morris and his team worked closely with Al Bond, president and CEO of the Avalon Foundation, and Jessica Bellis, COO/CFO, who headed up the interfacing and reviewing procedures with the local heritage committee. “Al’s work in this realm was vital to getting this approved and built,” Morris says. “It would have been difficult, if not impossible, for us to do this without him.” WSDG helped to match the new balcony’s tin ceiling to the existing one, and The Avalon Foundation selected the new chairs and carpet to enhance and harmonize the old. In the end, the team succeeded in maintaining the balcony’s seat count, while increasing the width of each seat by 2″ and maintaining the excellent acoustics. 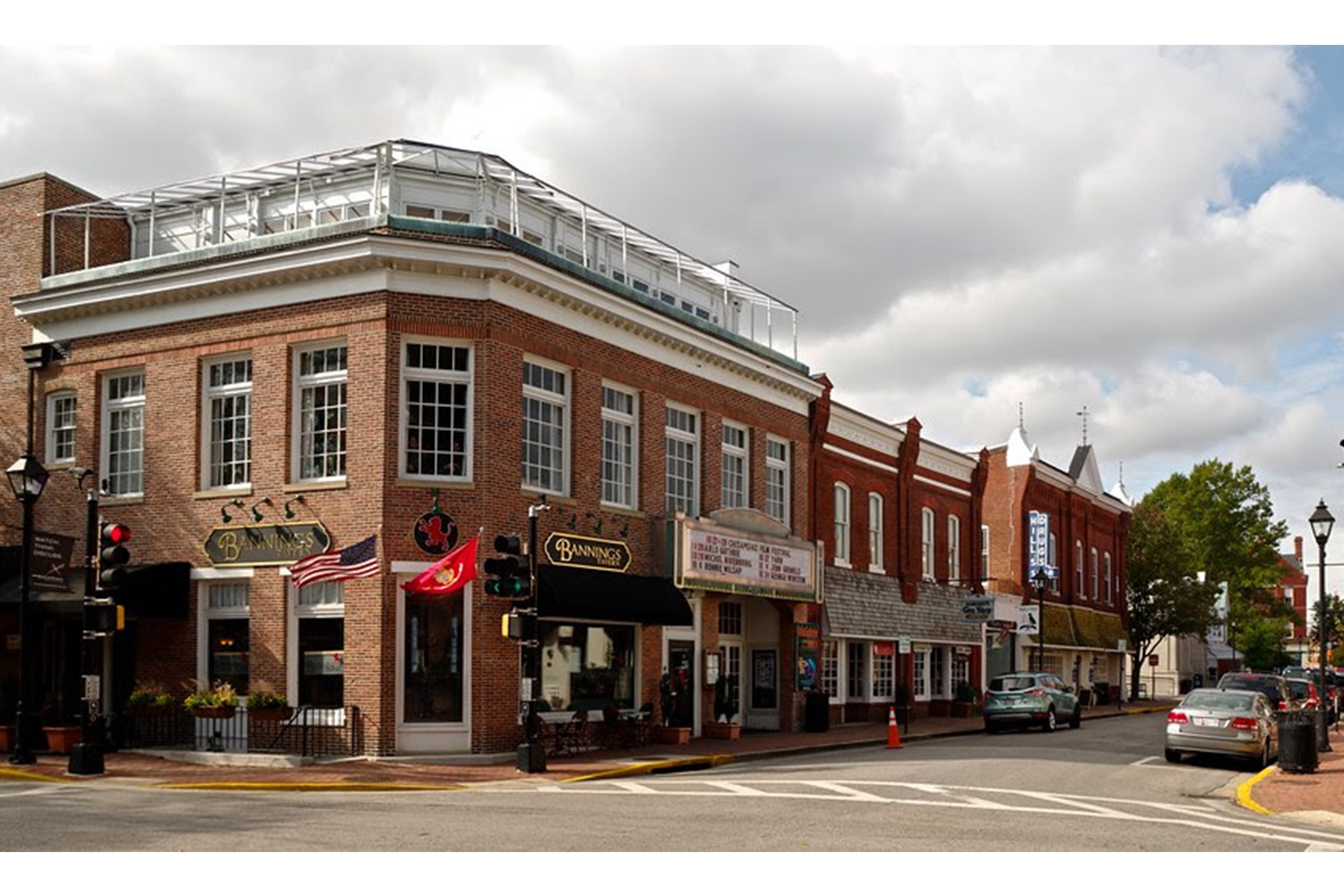 The theatre also has new lighting gear. “The lighting configuration,” Bond says, “consists of a combination of LED PARS and bars, LED Lekos, and LED moving head lights. All of the LED lights are from Elation Professional. The rig includes 12 COLOUR 5 Profile LED Lekos mounted on the front-of-house truss and bars, three Satura Profile LED moving heads on the front-of-house truss, 18 SixPar 200 LED PARs mounted on electrics one and two onstage, five SixBar 1000 LED bars mounted on electric three for cyc/curtain lighting, six Artiste DaVincis mounted on electrics one and two onstage, and two CUEPIX Blinder WW4s mounted on movable pipe and base onstage for audience blinders. Two Antari Z- 380 Fazers are also available. Control is via an Avolites Quartz Lighting console with the company’s Titan Mobile Wing. “It is a very user-friendly lighting console that has the ability to store multiple shows and configurations for all of the different uses of the venue,” Bond says. “It’s also a commonly accepted board with traveling bands and theatre companies allowing for easy integration of preprogramed lighting shows.” Bond adds, “The main challenges during the installation were running wires in a 100-year-old theatre; it took some time, but we were able to find paths to all lighting locations. The other main challenge was the addition of a front-of-house truss that could be lowered for servicing of the lights. Due to limited space above the ceiling, two Stagemaker half-ton motors were installed with a wall-mounted controller allowing the truss to be lowered to a good working height above the balcony seats.” The gear was provided by Mid South Audio, based in Milton, Delaware. “Mid South Audio’s relationship with The Avalon Theatre is longstanding, dating back some 20-plus years,” Bond says. “MSA was involved in the theatre’s first sound system upgrade back in 2001.” With these changes, “they’ve had really extraordinary feedback,” Morris says. More upgrades are likely to follow in future years, but the Avalon is now well-positioned to retain its position as a leading showplace on the Eastern Shore. 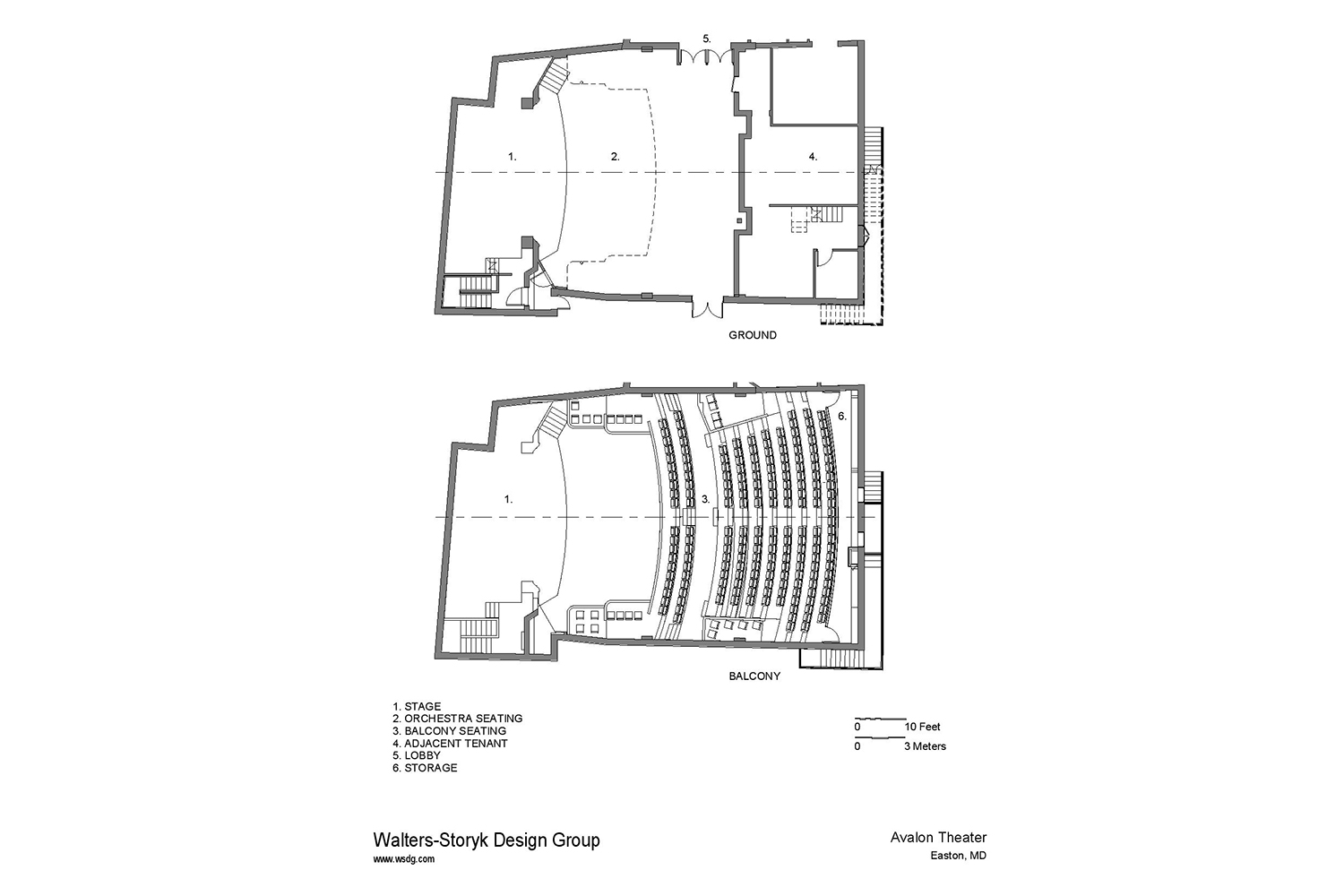 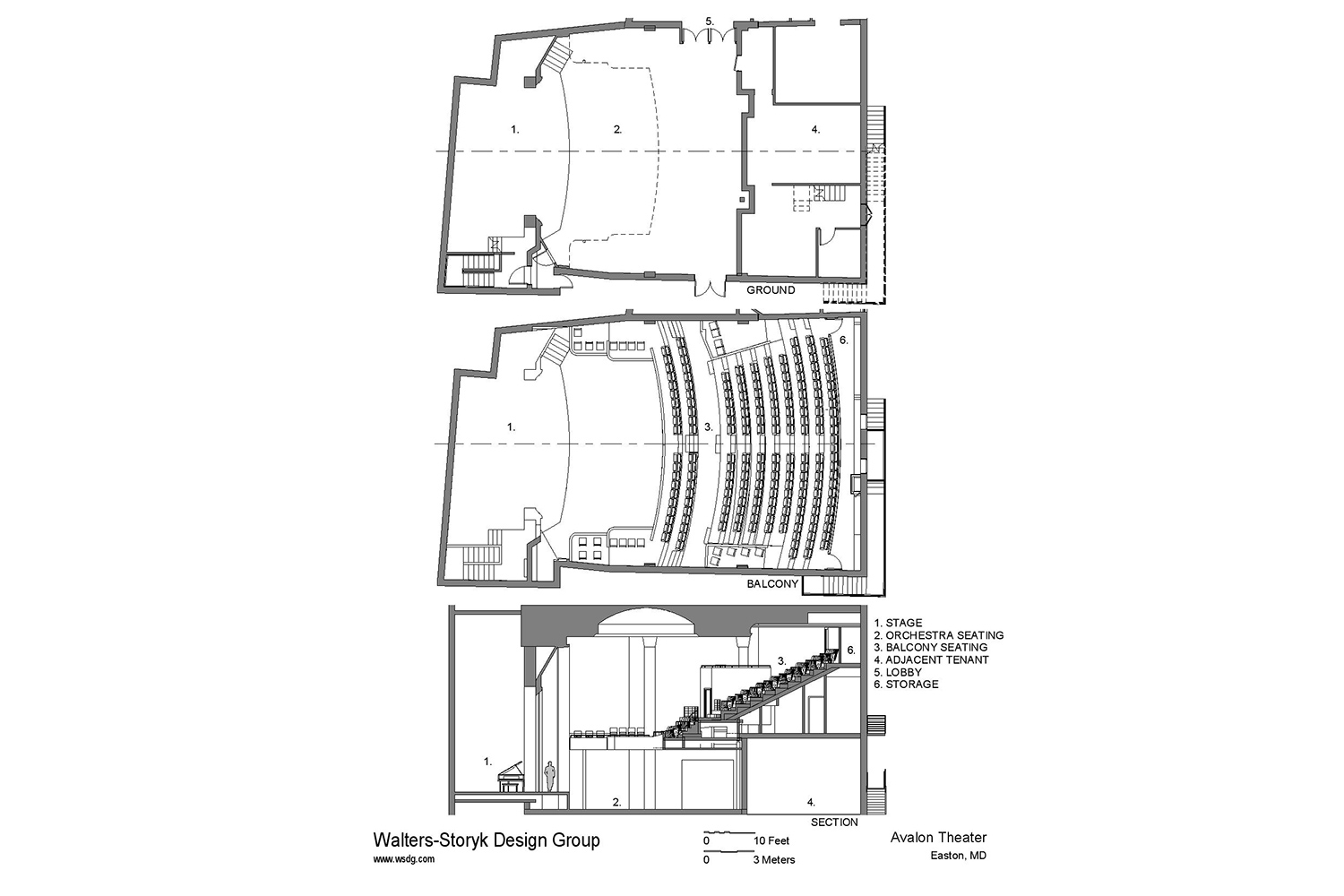 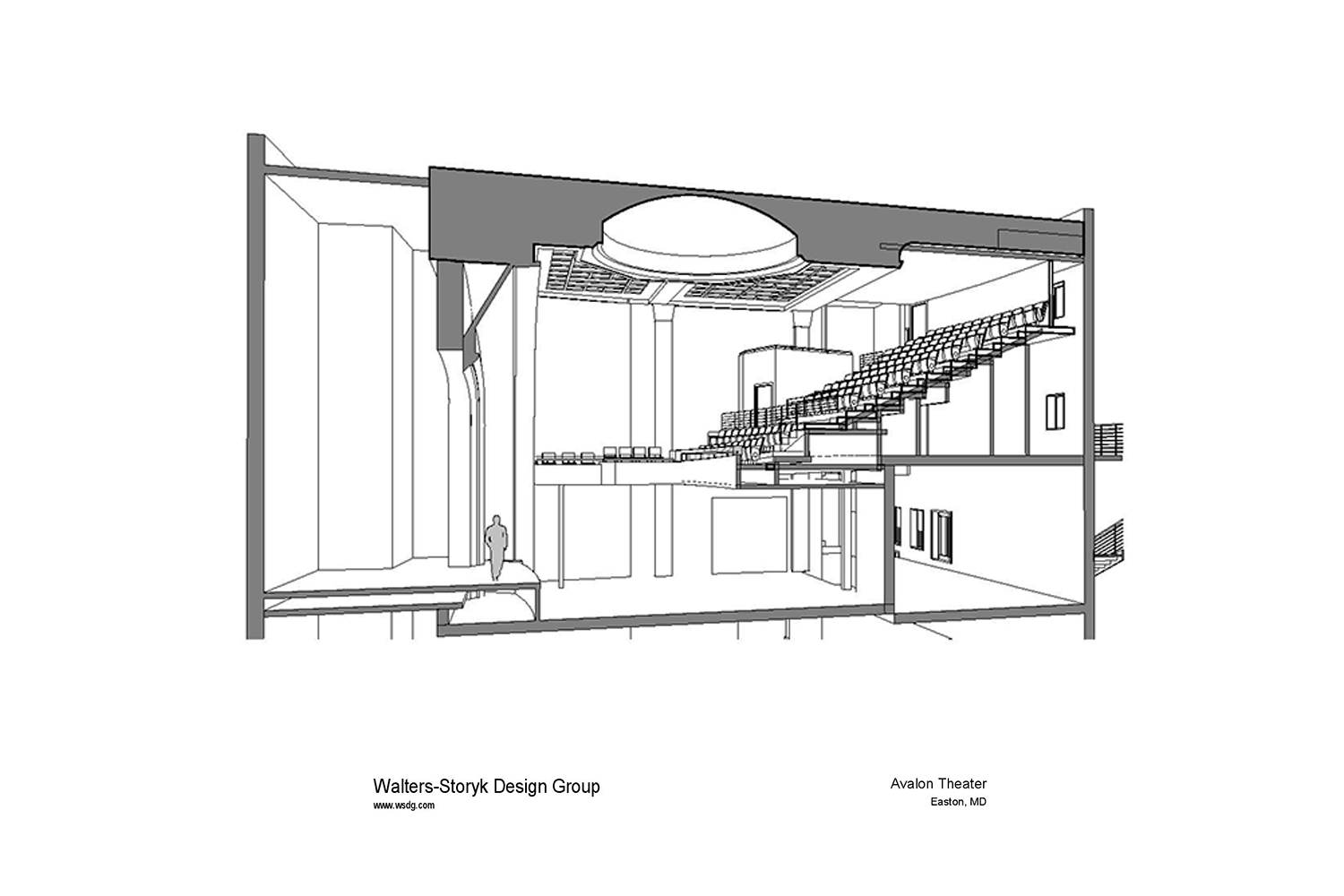