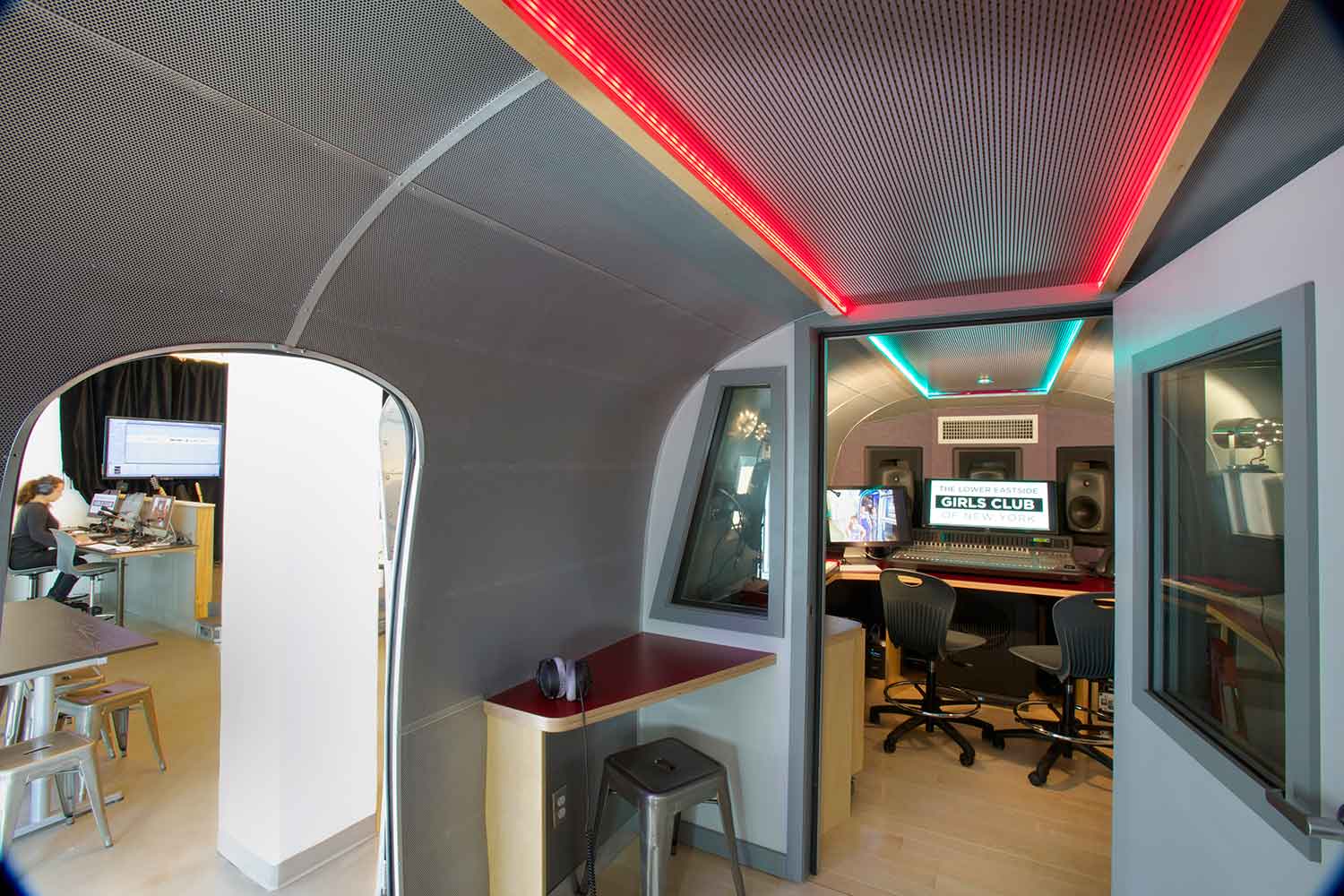 The studio was designed and configured by Walters Storyk Design Group co-founder, architect and acoustician John Storyk. Though compact, the control room is 5.1 surround ready, and features an array of pro gear, including an Avid C/24 mixing console, Genelec speakers, outboard processing technology from Manley, API, Neve, Universal Audio, SSL, and others and mics from Neumann, Royer, Shure and Sennheiser. The Airstream is intended to provide LESGC members with realistic hands-on recording experience.The recording studio was a pet project of Dave Pentecost, a career television editor and musician; his wife, Lyn Pentecost, co-founded the Lower East Side Girls Club in 1996. In 2004, the Pentecosts fell in love with an iconic 1958 Airstream trailer and purchased it to park besides their Adirondacks cabin in upstate New York.“When the LESGC building became a reality, we felt our Airstream could serve a better purpose in the community as a sound studio, and we brought it to Manhattan,” he says. “I’d met studio designer John Storyk years earlier, reconnected with him in 2010, and invited him to contribute his skills to retrofitting the Airstream as a recording studio.”

The new studio, for LESGC’s WGRL Internet Radio Station and Recording Arts Program, joins an eclectic assemblage of innovative LESGC educational and career training options for low-income teens and families at the year-old Center for Community. Spread across three floors and 30,000-square-feet, these classes range from a digital photography, computer graphics and 3D-printing lab to hands-on BioBus labs, small business training and incubator space (including commercial kitchen, bakery, gift shop and cafe) and a 64-seat planetarium.