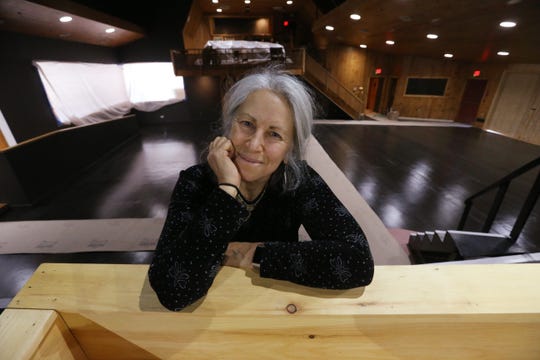 The stage at the Bearsville Theater has featured members of some of rock and roll’s biggest bands, like Mick Taylor from the Rolling Stones, Bob Weir of the Grateful Dead and Mike Gordon of Phish.

Jon Anderson of Yes performed at the Woodstock venue with students from the Paul Green Rock Academy. The Pretenders, the B-52s and Natalie Merchant are among groups that held pre-tour rehearsals there.

On any given night, anyone from Donald Fagen of Steely Dan to Jimmy Fallon could be found at the intimate spot located in a town synonymous with music history.

But that was then.

What Lizzie Vann found the first time she walked into the Bearsville Theater, after purchasing the complex’s five buildings, basically sight unseen, for $2.5 million on Aug. 31, was what the venue had become.

Water was coming in through the roof of the theater and another building. Pipes were rotting. Other pipes had burst. Floorboards were swollen. Mold was a frequent sight. She couldn’t even know, yet, about the problems she would have with the foundations of the buildings.

The theater was less than two months removed from its last concert. But even then, its condition was “embarrassing” and “in disrepair,” according to Gary Chetkof, owner of Radio Woodstock, which staged the Conor Oberst performance in July. It was one of only a handful of shows to be held at the theater during the year, as previous owners dealt with financial issues that prompted liens and led to neglect.

Vann, a native of England who built a multimillion dollar enterprise long before falling in love with Woodstock and moving to the town in 2014, has remained undeterred. 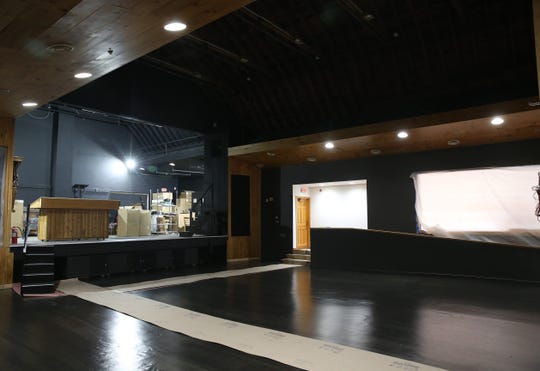 And, having invested millions into the restoration of the complex, Vann believes residents will soon see what she sees in the property, which was built by the late Woodstock music impresario Albert Grossman, who managed Bob Dylan and Janis Joplin.

How Bearsville Theater renovations added up to $2.5M

She’s being helped by the complex’s original designer. The makeover is scheduled to debut this month along with a new name — the Bearsville Center.

Though the roughly 400-capacity theater that opened in 1989 was the complex’s namesake, the property also includes two restaurants, the Bear Café and Little Bear Chinese; the 140-year-old Peterson House, home to the Commune Saloon; and the Utopia building, home to Radio Woodstock and the Utopia Soundstage, which was built specifically for former Woodstock resident and rock musician Todd Rundgren.

When Vann purchased the site, the theater, Bear Café and Peterson House were closed.

Many, such as Fishkill’s Mike Colucci, recall epic performances at the theater, and considered it an anchor of the local entertainment community. Others have argued the theater, located just two miles from downtown Woodstock, never quite reached its potential or established itself as a destination for the top acts.

Colucci, 50, saw a range of acts at the Bearsville Theater, from the Punch Brothers, with Chris Thile of Nickel Creek and public radio’s “Live from Here” program; to an assortment of cover bands.

He thinks of the Bearsville Theater “as a party barn, up in the Catskill woods; going into a barn and listening to a show with friends and locals. It’s intimate. You’re close to the stage.”

As for the renovations, he said, “I just hope it stays quaint and personal.”

Vann has spent $2 million on overhauling the site. Foundations of four of the buildings were rebuilt. Walls, floors and roofs of buildings were replaced. Walk-in refrigerators and freezers were deconstructed due to mold. Trenches are being dug to redirect runoff and prevent future damage.

She expects to spend another $500,000 “just getting the property into shape.”

Regarding what visitors should expect from the theater, “The sleek, clean look and sound of the bar area survives,” Vann wrote on www.bearsvillecenter.com. She’s installed a permanent stage for smaller events, with the donation of a century-old Steinway grand piano providing a firm fixture.

Theater manager Robert Frazza, who has a long history with the venue and is overseeing the space for Vann, has replaced the entire sound and lighting system.

Also, there are new downstairs bathrooms; and in the theater auditorium, frayed, faded stage curtains have been removed.

Outside of the theater building, the Commune Saloon’s patio and fire pit will host live acoustic music beginning on Easter weekend. And Vann is in discussions with potential operators for the Bear Café and entire Peterson House, as she works to open both later this year. 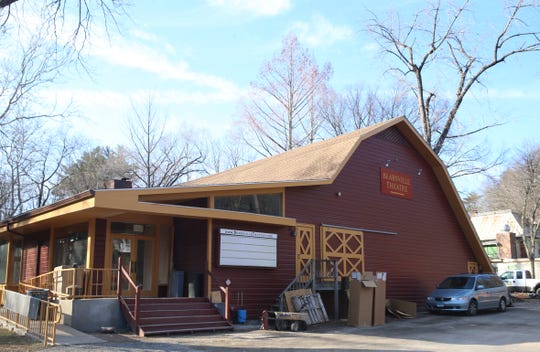 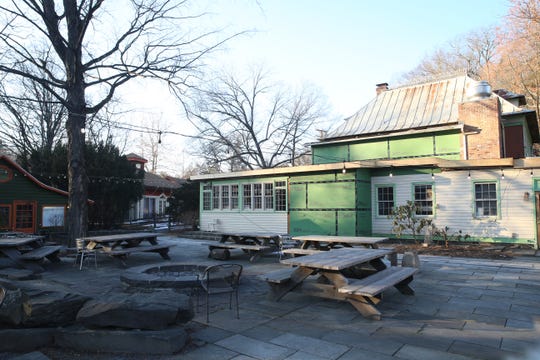 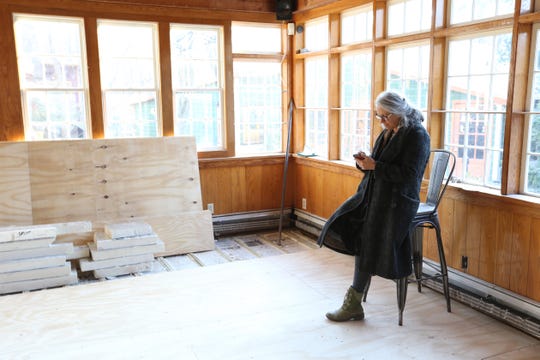 Vann’s plans also call for extending the property’s lawn into the parking lot to create more green space. And she wants to utilize the Utopia Soundstage — a second performance space — by inviting bands to rehearse during the week, offer musical instruction to children at the end of that week, and then give a concert in the theater on that Friday night.

For now, she is in familiar territory, racing against a tight deadline. Last year, she had just eight days, after deciding to purchase the site, to close the deal before a bank auction was held.

The Bearsville Theater was scheduled to be one of the venues hosting the Woodstock Bookfest at the end of March, but that gathering has been canceled because, “Public gatherings are just not smart right now,” according to www.woodstockbookfest.com

Next up are concerts, beginning with the Masters of The Telecaster show on April 17.

“This is a challenge,” said Vann, who was born in England. “But it’s going to be OK.” 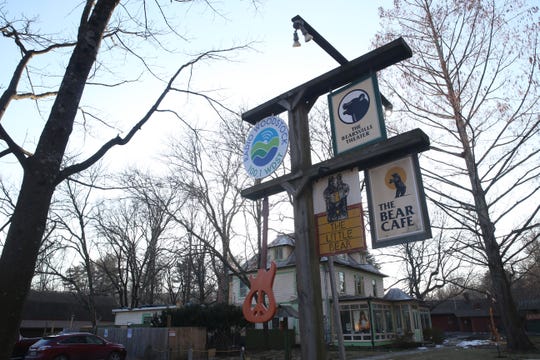 Vann in 1992 launched the Organix food company, built it into a $50 million enterprise and sold the endeavor in 2008.

Vann and her partner, musician and photographer David McGough, whose photographs have graced the cover of the New York Post, vacationed in Woodstock 10 years ago and loved it so much they bought a home several years later in the hamlet of Willow. Now the pair are working together on the renovation.

“I love Woodstock because it reminds me of the Lake District in the U.K. — one of our most beautiful areas — lakes, mountains, forests, thoughtful artistic people,” Vann said.

By last summer, Vann was retired and the Bearsville Theater complex was in financial disarray. She had been approached about being a financial backer for others who would redevelop the site. Instead, she decided to do it all herself.

Vann’s attitude at the time was, “Retirement is not all it’s cracked up to be” and, “I love buildings. I love Bearsville. I love the whole history of the place … I can do this. It’s just a little theater.”

At the time, the complex was in foreclosure and scheduled to be auctioned. Others competing with her to purchase the property were linked to what Vann said was a coworking space, but there was even greater interest in building a hotel.

With just days remaining to close the deal, there was no time for an inspection. So, Vann bought a three-year-old survey that, she said, “was not detailed or comprehensive.”

Since the purchase was finalized, she said, “Every building has had to have a rework at a much bigger level than I expected and hoped for … It’s still an exciting project and one we can turn around. It’s just that there are unexpected blips along the way.”

Highland resident John Storyk graduated from Princeton University in June of 1968 with a degree in architecture. In August 1970, the doors opened on Electric Lady Studios, the recording facility he designed in New York City for guitarist Jimi Hendrix.

Because of that gig, Storyk’s former Princeton classmate, Jonathan Taplin, mentioned that Grossman, with whom Taplin was working and who Storyk had never met, was thinking of building a recording studio in Woodstock. Taplin introduced Storyk and Grossman, and Storyk designed Bearsville Studios — where the Dave Matthews Band and many notable names would record years later. 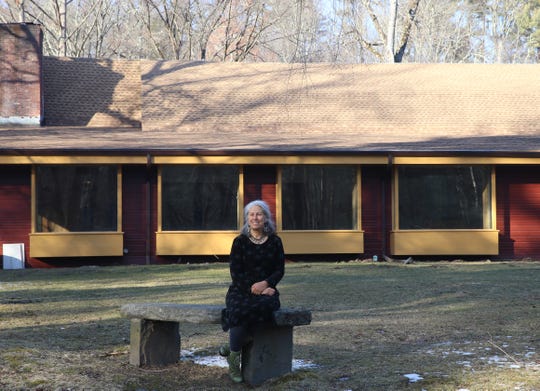 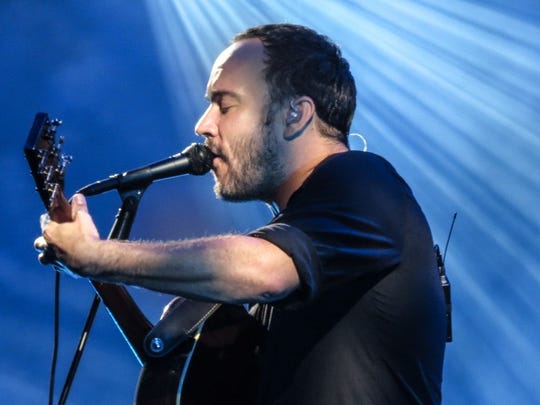 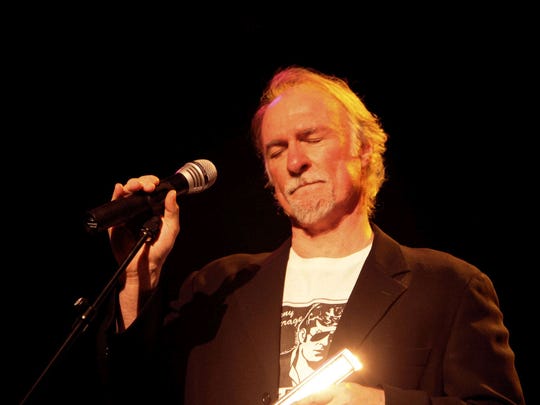 Storyk also designed the Bearsville Theater, worked with Grossman to expand the Bear Café and Little Bear, and he designed the Utopia building.

After Vann purchased the complex, she tracked down Storyk and invited him up to Bearsville for a visit. He shared with her the original drawings for the buildings.

“I walked through the theater and gave her some ideas as to what might happen in a phase two renovation,” said Storyk, 73, who designed the James Earl Jones Theater at Poughkeepsie Day School and has designed recording studios and theaters worldwide for Alicia Keys, Bob Marley, Stevie Wonder and Green Day.

Storyk, chairman of the Walkway Over the Hudson Board of Directors, envisions an expansion of the capacity inside the Bearsville Theater. But, he said, “Utopia is the pearl there. That can become very special.”

As for the condition of the theater, Storyk said, “It’s a wooden building in the Northeast. You’ve got to take care of it.” 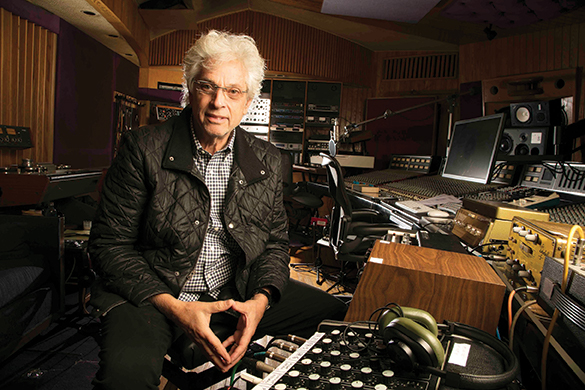 ‘A shed load’ of stuff to do

Singer-songwriter Robbie Dupree of Saugerties has lived in Ulster County — with a couple of breaks here and there — since 1972.

He remembers when the Bearsville Theater opened. But for all its success, Dupree said the venue never really found its footing.

And, said Dupree, who estimates he’s performed there nearly two dozen times, “It clearly had the potential to be the premier spot.”

But one of the gigs Dupree played at the Bearsville Theater turned out to be one of those epic Woodstock nights.

Dupree and his band performed on Oct. 9, 2010, and Fallon, now the host of “The Tonight Show,” who grew up in Saugerties and launched his comedy career in Poughkeepsie as a teenager, was on hand with his father. The Fallon men joined Dupree on stage to perform backup vocals on his hit, “Steal Away,” and to sing some doo-wop.

Now Dupree is among the acts that will help christen the theater when it re-opens. Robbie Dupree & Friends are set to perform on May 2. And he is among those who think Vann is on track to turn the theater and the complex around.

“Lizzie wants to realize the theater’s potential,” Dupree said. “I think she’s going to make a big difference in terms of making it a destination.”

Chetkof said the bands he has presented at the theater in years past enjoyed the experience, in part because they could get a nice meal at the Bear Café before performing. And he was glad to have them on Radio Woodstock beforehand, to promote the show live on the air.

Speaking of better days the venue had enjoyed in the past, he said the theater, “has a certain charm that bands really enjoy. It’s a beautiful building.”

With Vann’s investment and attention, Chetkof said, “I’m sure it’s going to be beautiful and better than ever and I’m looking forward to doing more shows there.”

Vann said people have come up to her on the street to thank her for reinvigorating in the Bearsville property.

“And I say to them, ‘I haven’t done it yet,'” Vann said. “But I really appreciate the support and the enthusiasm and it is going to be absolutely great. But there’s a shed load of stuff to do.” 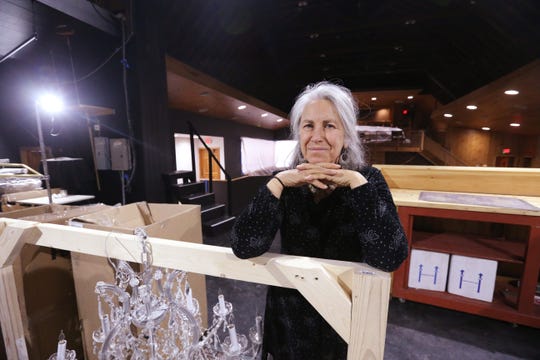 The Bearsville Theater has numerous upcoming concerts scheduled, including: