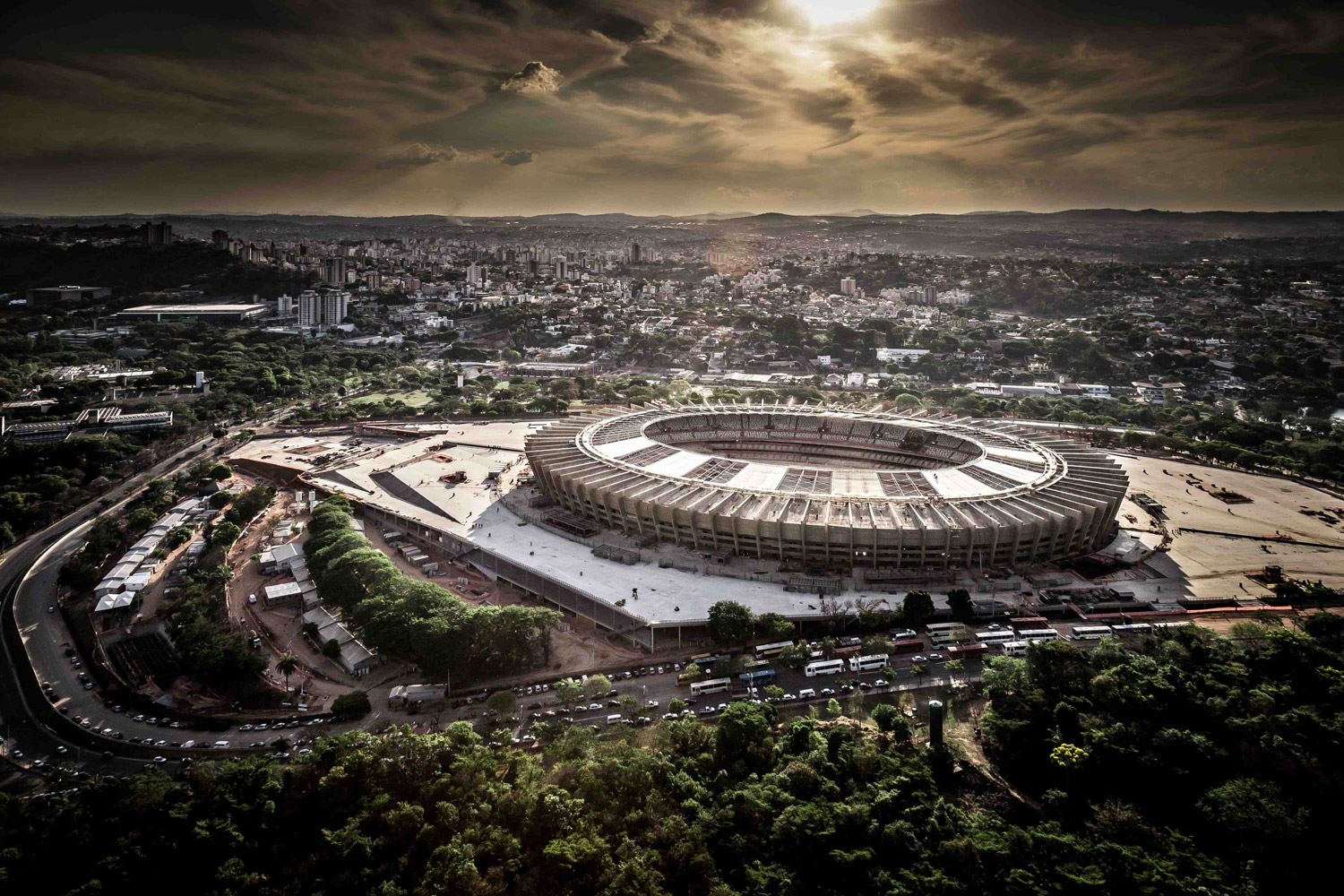 The second largest sports arena in Brazil, the 62,160 seat Mineirão Stadium was originally built in 1965. When Belo Horizonte was named one of 12 cities to host the 2014 World Cup, the state government considered the event a landmark in the city’s development, one expected to generate benefits long after the World Cup is history. Officials immediately recognized the need for a significant audio/video and acoustics upgrade to enable the 45-year-old complex to comply with FIFA technical requirements.

“Coordinating three large-scale arena projects simultaneously is an Olympic-level challenge in its own right,” Cipriano explains. “Fortunately WSDG’s global offices have extensive experience in multi-task collaboration. Our US and European teammates assisted us in providing accurate technical, acoustic, aesthetic, and technological recommendations for all three stadiums in a timely and cost-effective manner.” 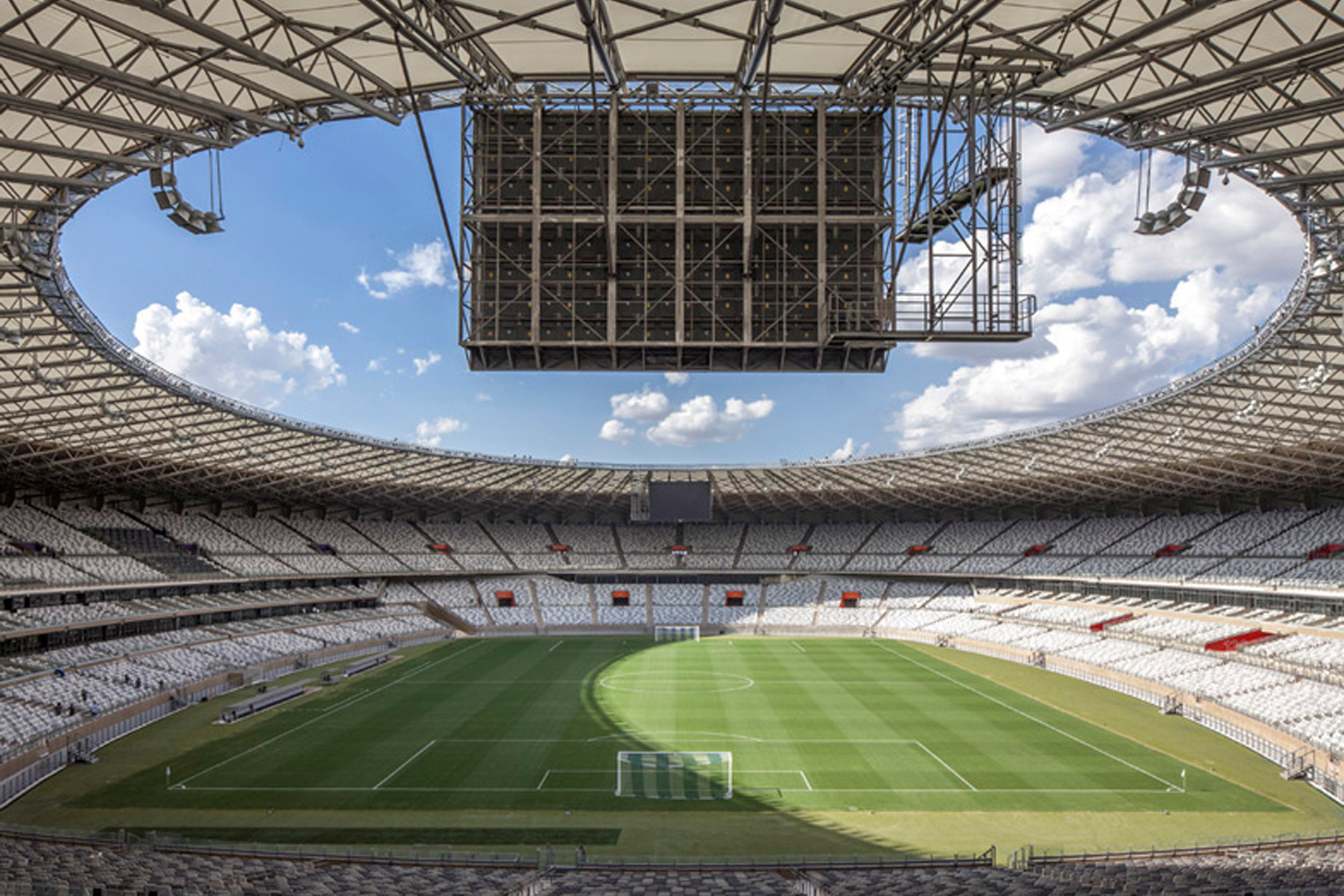 WSDG was retained to design the acoustic program and complete audio and video systems for the entire stadium including all public areas, a total of 300,000 sq. m. (3,000,000 sq. ft.). Mission specs encompass: inclusive acoustical treatments, a comprehensive sound system, serving the soccer field, audience and, internal spaces such as VIP rooms, access areas, and offices; video systems, including two large LED video walls (85 sq. m. / 915 sq. ft.) each; video displays throughout the stadium; and, fully integrated audio and video control rooms. “Our primary facility management concerns focused on the level of sound comfort and intelligibility in relation to the RT60 reverberation time required to meet stipulated FIFA STI mandates,” Cipriano says. “Our sophisticated simulation programs enabled us to assess and ‘auralize’ the entire complex. We identified extensive sound reflections throughout the arena and concluded that acoustical absorption be installed at the inner ring of the audience sector to achieve the required STI values. Speaker positioning was defined for the internal and external areas, and for numerous zoning maps, which can now be individually controlled for increased flexibility and security purposes. All specific audio and video systems, and control room speaker selections, were designed to meet FIFA requirements. Additionally, we recommended incorporating a video wall instead of a traditional scoreboard,” he adds.

Simultaneous to this extensive Mineirão assignment, WSDG Brazil is coordinating equally ambitious audio and video upgrades for Brazil’s largest sports venue, the Maracanã Stadium in Rio de Janeiro, which hosted 250,000 fans for a KISS concert in 1983; and, for Independencia, a 25,000 seat arena built in Belo Horizonte in 1950. All three stadiums will host events for the 2014 World Cup. And, the Maracanã will also host the opening and closing events of the 2016 Olympics.

“We are extremely pleased to have been invited to lend our expertise to three formidable Brazilian stadium projects. The Mineirão Stadium opened officially on Dec. 21, 2012 with a concert performed by Brazilian Supergroup, Jota Quest, attended by Brazil’s president Dilam Rousseff. The first soccer game will be played there in February.” 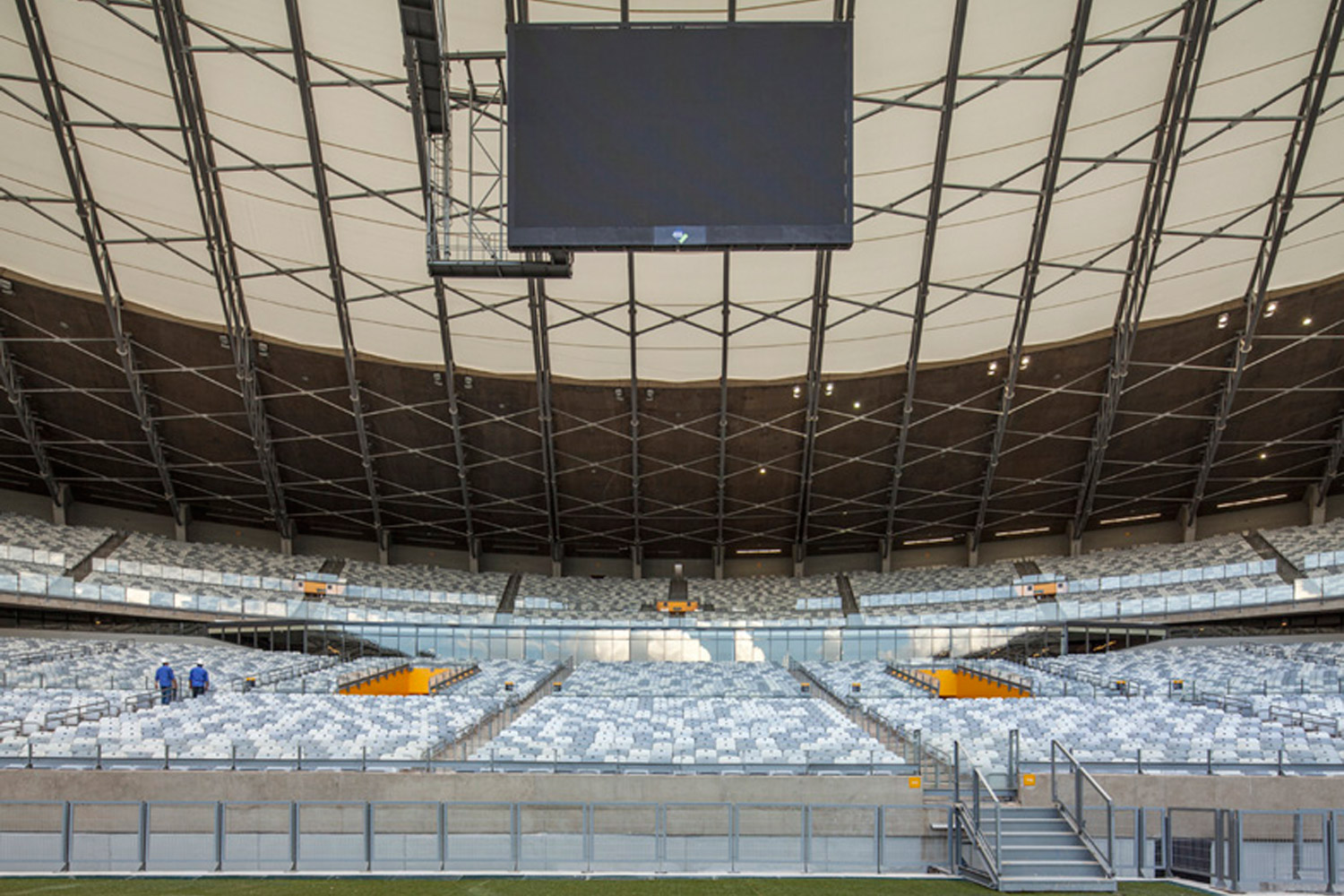 He continued: “Our ability to share the expertise of our associates in our European and US offices enabled us to provide precise testing, exacting presentation drawings, and meticulous system integration plans in an extremely efficient, and cost-effective manner,” Cipriano concludes.