Seven years after Hurricane Katrina wreaked havoc on ‘The Big Easy,’ 70,000+ volunteers led by artist/activists, Branford Marsalis and Harry Connick Jr. had accomplished a miracle. They had raise 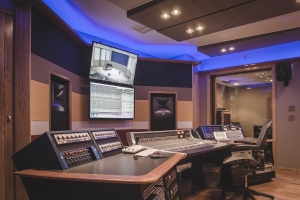 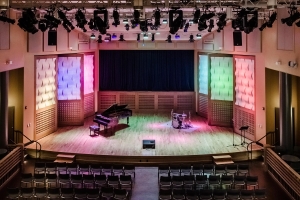 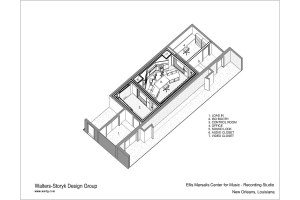 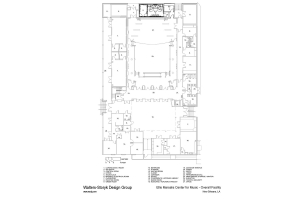 “Apart from the gift of an intimate, first class performing arts space for the Musicians’ Village and the City of New Orleans, the abiding goal for Ellis Marsalis Center for Music is to provide a performing/recording education for motivated local youngsters,” Leahy says. “The EMCM faculty is comprised of talented local educators, administrators and musicians, working with underserved youths attending classes on scholarships.  The studio addition is intended to provide the capability to archive the music of the city, stream concerts and events, and serve as a destination for musicians to record in a superlative environment.”

Describing the design and construction process, WSDG project manager, Joshua Morris reports that, “Once drawings and technical specs were approved, our search for a local contractor was simplified by a previous collaboration.  We’d worked with Rob Chalmers on Balance Studios in Mandeville, LA, for Platinum producer/engineer Dave Fortman.  Chalmers was a natural choice for EMCM.  In fact, he worked out so well we hope to work with him on a studio we’re designing for Troy (Trombone Shorty) Andrews here.”

“The building was completed by the time we came on board, so the Control Room position was pre-determined,” Morris explains.  “The new CR is nestled behind the Performance Hall’s rear stage wall with zero impact on isolation.  Our design program optimized every square foot.  We fine-tuned the acoustics and the precise orientation of the mixing and producers desks, equipment racks, etc.  This CR sounds great, and looks terrific.”

“We have great empathy for the people of New Orleans, and in particular the musical members of this amazing community,” concludes WSDG architect/acoustician, John Storyk.  “We were honored to lend our skills to the EMCM mission.”