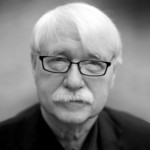 After studying Technical Acoustics at the Technical University of Dresden and passing one year at the Moscow State University (Lomonossov) for a complementary course, Dr. Ahnert wrote his doctoral thesis and attained a Ph.D.

From 1975 on he worked at the governmental Institute for Cultural Buildings in the GDR which was in charge of the overall planning of important theaters, concert halls and other cultural buildings in the GDR. Additionally, granted exceptionally privileged international travel rights, Dr. Ahnert was involved as main consultant in several projects abroad.

Having recognized the potential of evolving personal computer technology in the early 80s, Dr. Ahnert started developing the roomacoustical and electroacoustical simulation software EASE (‘Enhanced Acoustic Simulator for Engineers’), currently available in version 4.4 and used in over 70 countries all over the world.

Also during this period Dr. Ahnert was instrumental in the registration of several patents, one of them concerning the Delta-Stereophony Procedure still used today.

In 1990 he founded the Engineering Office ADA – Acoustic Design Ahnert with at first two colleagues at the site of the former governmental Institute. In January 1993 the Office moved to a new location at the Berliner ‘Innovations- und Gründerzentrum’ (Berlin Innovation and Founders’ Center) – BIG – which was established in an abandoned industrial areal, formerly used by AEG, in Berlin’s Municipal District of Wedding.

In 1992 Dr. Ahnert qualified as a University Lecturer with the Habilitation Thesis titled “Manipulation of Acoustic Sound Fields”. Since 1993 Dr. Ahnert has been Professor at the Hochschule für Film und Fernsehen (Academy for Film and Television) in Potsdam-Babelsberg.

In 2000 the software developing company SDA Software Design Ahnert GmbH was founded jointly with Stefan Feistel. To support education, science and research, the non-profit ADA Foundation gGmbH was founded in 2003. This foundation will supply EASE software to universities and colleges at very affordable rates. In 2004 the acoustical measurement software EASERA was released.

Dr. Ahnert is coauthor of the textbook “Beschallungstechnik – Grundlagen und Praxis” (Sound Reinforcement Engineering – Foundations and Practice), S. Hirzel Verlag Stuttgart, originally published in 1993; with revised editions and translations of this work later published in English, Chinese and Russian. An Arabic edition is currently in preparation.

Dr. Ahnert is a sought-after author, contributor, educator and lecturer at professional conferences and tradeshows and has authored countless white papers on subject matters such as acoustical simulation processes, measurement technology, electro acoustical theory and applications.