BUSINESS OF THE MONTH: LAKEHOUSE STUDIOS 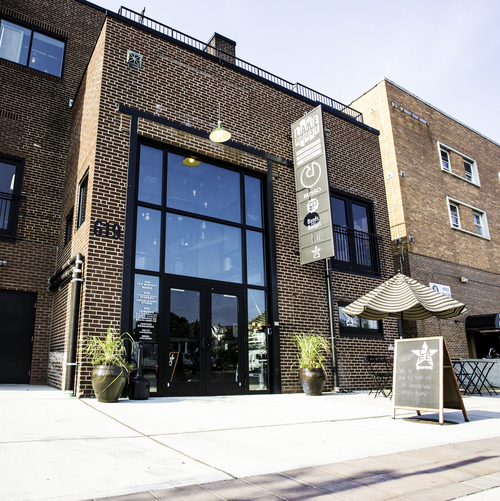 Under the Lakehouse umbrella are world-class recording studios, rehearsal spaces, and a music academy. They are all housed in one large, brick building on Lake Ave. in Asbury Park, parallel to Cookman Ave. and overlooking the northern edge of Ocean Grove. Downstairs is Russo, an independent, family-owned music shop and repair center fit for the pro’s.  And upstairs are Bands on a Budget and Cowerks, a music merchandizing company and an innovative co-working space, respectively. In the building is also a photography and design studio, and a professional music manager.“Asbury Park absolutely needed world-class recording studios. Now we have the tools for artists, engineers and producers to take the limitations away.  I’m hoping that many will come and take tours of the building and the studios,” said Lakehouse owner Jon Leidersdorff.John Storyk, one of the most prolific studio designers in the world, was brought in to ensure the studios at Lakehouse were built to the absolute highest standards. He’s designed studios for Jimi Hendrix, Alicia Keys, Green Day, and Bruce Springsteen.“It was so important to me to get this right and make sure that we would have the best sounding spaces… We also wanted to make sure that this would be a place that everyone was comfortable and excited to work in… Nothing was spared in construction. We went on the hunt to find the very best recording gear as well,” assured Leidersdorff. “It’s important to us for people to know that this space is here for a purpose. We are trying to support creativity here in this area… The Lakehouse building is simply infrastructure designed for creative people.”Students from Lakehouse Music Academy will be performing at their big end-of-semester showcase, the “Big Gig,” in the legendary Stone Pony on Sunday, January 26. Stop by to check it out!