It’s a series of 15 Dmitri Shostakovich symphonies with the classical music label Deutsche Grammophon. The first CD from “Shostakovich: Under Stalin’s Shadow” cycle won a Grammy in February. The next one comes out in May. 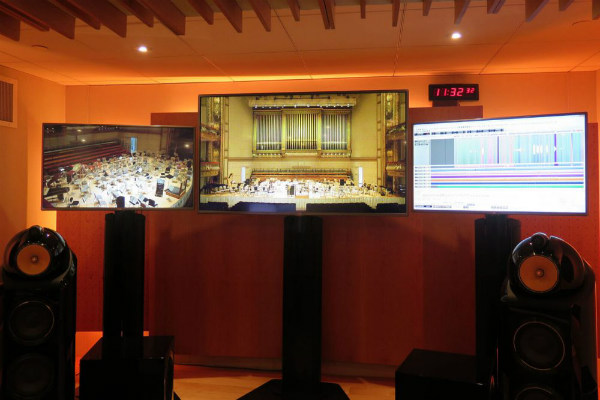 “It actually feels like he’s moving this along a little faster than yesterday, too, doesn’t it?” one producer says about Nelsons’ timing upstairs.

“I believe what we are aiming here at is to create the iconic Shostakovich cycle of the 21st century,” he told me.

“The BSO has a great digital footprint with 10 million unique users,” Trautmann said. “That is very impressive.” 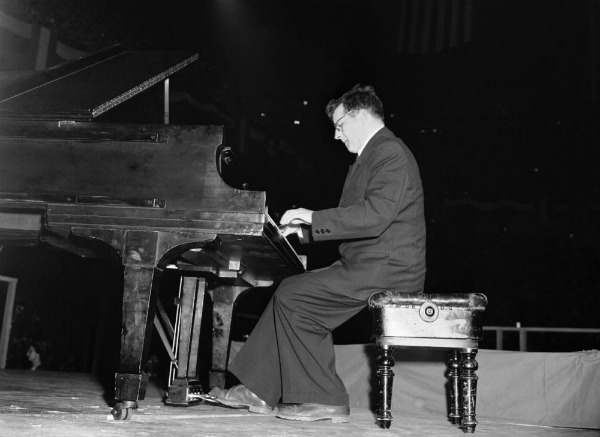 “We think it’s critical, to further solidify our position as one of the leading orchestras of the world, to have a significant media presence,” the orchestra’s managing director, Mark Volpe, explained.

“Plus, it’s also something we haven’t done,” Volpe said of the Shostakovich cycle. Then he acknowledged, “The only risk is there are all these great recordings and you know it’s a competitive world.” 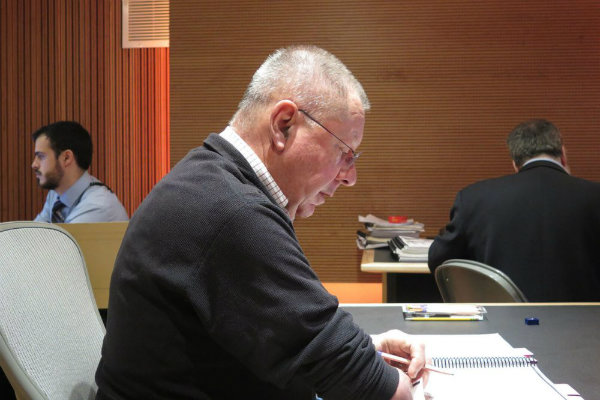 In the studio during the performance, Murphy follows along with the printed score, marking the pages with a colored pencil. He comments, “pretty great,” as the musicians move into a vibrant section of the symphony.

“Based on artistic choices and sometimes technical choices,” Murphy explains. “Editorially, you know, these can be quite intense. Some of these symphonies have hundreds and hundreds of edits.”

“I’ve been most impressed with the fact that the Boston Symphony and Deutsche Grammophon want to do this,” Wolff told me. “I saw the whole dissolution of the classical recording business, and all the orchestras that were under contract to major labels no longer have contracts, and this is an almost unique situation.” 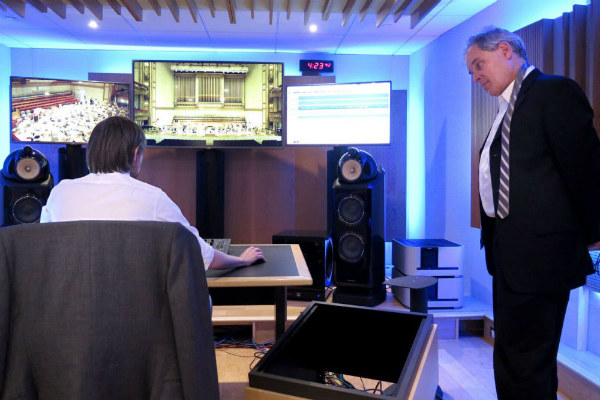 Squire fires one up to demonstrate. “It’s kind of like being a surgeon,” he says, “you select certain areas and the technology processes them.” The coughs that echo through the hall are there one minute, gone the next.

“There are moments where it’s very tense — and finally the music releases — and you hear 2,600 people breathe at once, you know, as they’re moved by this beautiful music,” he says. “I think that’s what makes some of these recordings so magical.”

“It’s better than yesterday,” he says, looking into the eyes of the other team members to gauge their reactions. Then he jokes, “Even the coughs sound better.”

“It is very close to the feeling in the concert hall,” he muses. 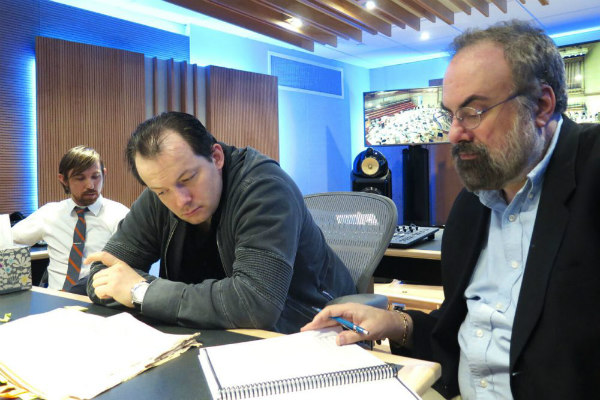 “Of course we are trying to anticipate, but we just don’t know at the completion of this cycle what will be the outlets to listen to this music. We just know there will be relevant outlets,” he said.

The new CD, featuring Shostakovich’s Symphonies No. 5, 8 and 9, goes on sale