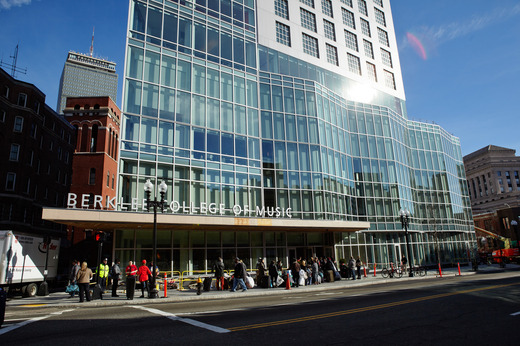 Berklee College of Music this semester opened a $100 million, 16-story tower in the Back Bay the first facility the school has ever built from the ground up, campus officials said.

The building at 160 Massachusetts Ave. includes 369 student beds across 173 dormitory rooms, a 400-seat dining hall that doubles as a performance space, 23 practice rooms, six two-story common areas, a fitness center and will soon house a 14,000 square-foot, 10-studio music production complex that will be among the largest of its kind the country.

The oscillating windows on the lower floors are like a percussion bed over which the serpentine, red walls in the cafeteria float like a melody, he continued. The polyrhythms of the five- and four-pane windows create a visual syncopation worthy of the music being made inside.

“I don’t think it’s an exaggeration to predict that some major musical innovations are likely to come out of this magnificent building,” said Brown. 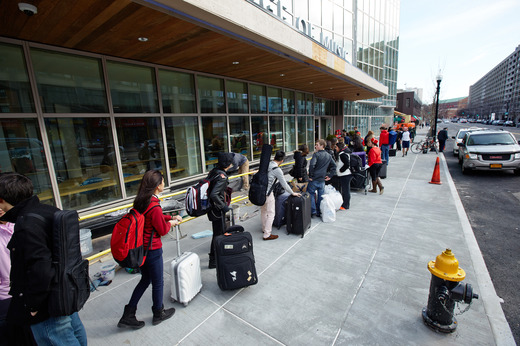 The tower’s dorm rooms have loft-like windows. Many students have already used the sweeping views from those windows as backdrops in music videos, campus officials said.

The building’s design was based in part on feedback students gave during campus meetings about the project.

The energy of the students was incredible; their focused commitment to their music was infectious and inspiring, said a statement from architect William Rawn whose firm helped design the building. Our goal was to channel that energy into the building, and share it with city.

The Berklee building adds spark and energy to its section of Massachusetts Avenue, and represents what is best about Boston: arts, students and city life supporting one another unlike almost any other place in the country, he added.

The 155,000-plus square-foot tower opened last month. It was built on property that used to house a McDonald™s fast-food restaurant. 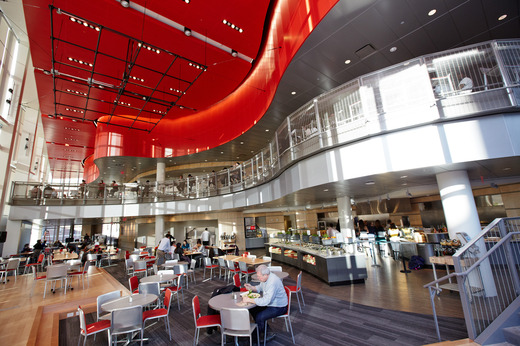 The Walters-Storyk Design Group helped designed certain parts of the building, including the music production, technology, and learning complex, which is nearly complete.

Two stories below ground, the space will feature three recording studios, a live room for up to 55 musicians, isolation booths large enough for a grand piano, and a mastering and critical listening lab. It also has a suite of four project studios, a music technology lab and a Dolby-certified dubbing stage “ perhaps the only room of its kind in higher education “ that will support post-production activities like mixing music, sound effects and dialogue to film and video games.

The college said that, including the new studios, it now has 37 music production rooms on campus, creating a compound comparable to the largest and most versatile production facilities in the United States, including Skywalker Sound and NFL Films.

Matt Rocheleau can be reached at matthew.rocheleau@globe.com. Looking for more coverage of area colleges and universities? Go to our Your Campus pages.