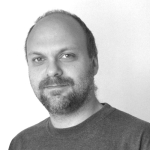 Federico obtained a Contemporary Music Degree and an Audiovisual Communications Degree in Argentina.  He started his career as the music director for Indie Musical Theater groups and the FOH sound engineer for a major theater in Buenos Aires. Federico then went on to get a lead audio position at Disney Cruise Lines, in charge of all audio systems and responsible for the FOH operation in the main theater of one of their cruise ships.  In 2007 he joined WSDG in Latin America in his current position as Audiovisual Systems Designer and Chief Installer.  He has worked on numerous projects worldwide integrating sound, video, lighting and automation for different applications, from small project studios to large live venues. He also leads the systems install team for all types of audiovisual installations.  Federico is an accomplished video game music composer having worked in more than 100 titles for different game platforms.